Washington for proof: Aid is contingent on handing over power to civilians 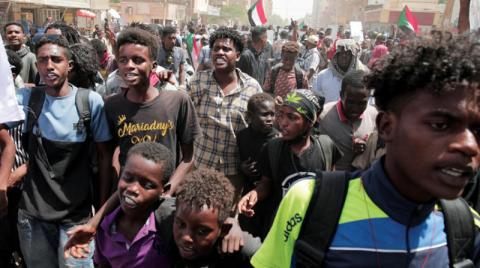 Washington informed the head of the Sudanese Sovereign Council, Lieutenant-General Abdel Fattah Al-Burhan, that US and international aid to Sudan is subject to handing over power to civilians. A spokesman for the US State Department told Asharq Al-Awsat that the Assistant Secretary of State for African Affairs, Molly V, made a phone call on Sunday evening to Lieutenant General Al-Burhan “to push him towards the full implementation of the confidence-building measures promised by the Sudanese army.”

The spokesman added that Molly Fee stressed, during the call, the “necessity of lifting the state of emergency, and the immediate release of all arbitrarily detained civilian activists,” noting that “confidence-building measures are necessary to conduct negotiations between the Sudanese parties, with UN facilitation, in an atmosphere that will lead to results.” positive.”

The US Assistant Secretary of State stressed the “importance of achieving rapid progress towards establishing a civilian framework for the transitional period through this (UN) track.” In her call with Al-Burhan, she called “the Sudanese army to transfer power to a civilian government that will be established within this framework in the near future,” stressing that these steps are necessary “if Sudan wants to avoid losing financial support from the World Bank and the International Monetary Fund and debt forgiveness by the Paris Club.” ».

Meanwhile, the “resistance committees”, which lead the popular protests calling for civilian rule, announced preparations to sign a document that unifies them, which they called the “People’s Authority Establishment Charter.” The document is scheduled to be announced tomorrow (Wednesday), in an atmosphere of acute tension that accompanies the start of the dialogue sponsored by the UN tripartite, consisting of IGAD, the United Nations and the African Union.
.