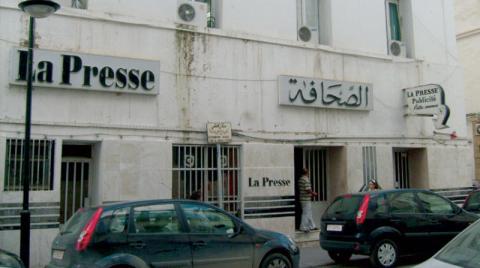 The international media’s recent celebration of “World Press Freedom Day” witnessed a debate in many countries, including Tunisia, about the reality of the media… and the outcome of a century and a half of “employing” political and economic decision makers to serve their agendas and priorities. The following presents the peculiarities of the media experiences in Tunisia, which witnessed early mass releases of newspapers in the Arabic, Hebrew, French and Italian languages, and in which the first national radio station was established since 1938.

The revival of that global occasion coincided with the release of a new book under the title “A Century and a Half of Journalism in Tunisia” prepared by the Saharawi Tunisian journalist and academic Qamoun on the history of Tunisian journalism since the founding of the first newspaper in the mid-19th century. Qamoun, who previously held responsibilities at the head of several institutions, explained Media and official documentation In an interview with Asharq Al-Awsat, his studies on media and political life in Tunisia “came to follow up on the in-depth studies prepared by senior media professors in Tunisia at the Tunisian University during the past decades, such as the former deans of the Faculty of Journalism, Moncef Al-Shanoufi and Mohamed Hamdan, and Tunisian university students ».

The publication of Qamoon’s book coincided with the publication of new studies in several languages ​​on the history of the Arab, Hebrew and French press in Tunisia. The author considers that his new book came to also shed light on the development of the media scene after 1988. That is, after the announcement of the second phase of media and partisan pluralism during the era of former President Zine El Abidine Ben Ali, and then after the zigzag of 2011. And the entry of the country into an “unfettered press pluralism,” which led to To the establishment of hundreds of newspaper headlines, websites, and dozens of radio and television channels, many of which later disappeared due to financial difficulties and the complexity of the political scene during the past decade.

On the other hand, despite Tunisian and international journalists’ organizations issuing new reports warning of what they described as “the deterioration of the conditions of freedoms in Tunisia, after the announcement of exceptional measures and the overthrow of Parliament and the government on July 25,” the same reports confirmed that “the margin of press freedoms in Tunisia is between The best Arab now. In this context, media professor Hani Mubarak considers that “the intellectual and political pluralism in the Tunisian media is linked to the peculiarity of the early intellectual and cultural openness in Tunisia and in the Tunisian media.”

Indeed, Sahrawi Qamoun records that his studies on the history of the Tunisian press “confirm the dialectical relationship of the media with their political, economic, social and intellectual environment, throughout a century and a half of existence since the establishment of the newspaper (Al-Raed Al-Tunisi) in 1860. When the press was the voice of the reform movement and the Renaissance movement (1860-1881). )». The media continued to be employed “in the national battle” by national leaders in the two stages of French colonialism and the battle for freedom and emancipation (1881 – 1956), building the national state, supporting development policies and the transition towards democracy (from 1956 to today 2020).

Studies of the historical tracks of the press in Tunisia reveal that it was at the fore in the fields of “disseminating reformist ideas at the beginning of Tunisia’s intellectual renaissance, before and after the erection of colonialism.” It was also a platform for the pens that took the lead in confronting colonialism with the weapon of the pen and intellectual struggle, leading to achieving independence and building the national state with its various covenants and political and ideological orientations, ranging between unilateralism and media and political pluralism, and the benefits of the “democratic transition”, foremost of which is freedom of the press, opinion and expression. 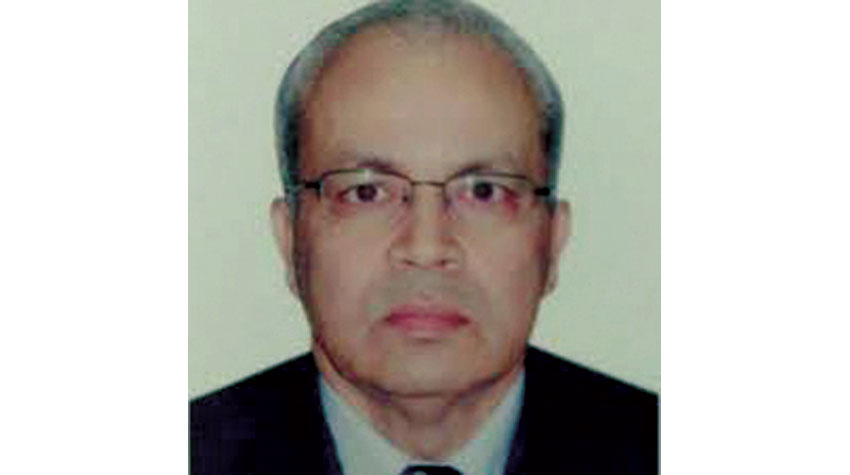 On the other hand, the center of the capital, Tunis, recently organized a large documentary exhibition on the history of the comic press in the country. The supervisors of this exhibition revealed that one of the characteristics of the history of the press in Tunisia is the important presence of the satirical press, which has developed into a “socio-political phenomenon.” The journalist and academic Sami Al-Maliki considered that the comic press “contributed to the formation of national awareness during the colonial phase through caricature, satirical articles and popular poetry.” A number of the most prominent intellectuals of that era contributed to these experiences, such as Chadli Fihri, founder of the newspaper “Al Sardouk” (meaning “The Rooster”), which was founded in 1922 and ceased in 1931. The most famous of these Tunisian comic newspapers remains “Al Sorour” newspaper, which was launched by the famous Tunisian writer and writer Ali Ali. Duaji between the two world wars.

The recently held exhibition of forty-five Tunisian comic newspapers was documented, by presenting their first pages, accompanied by the names of their publishers, the dates of their issuance, some of their contents, and the years when they stopped being published. It can be noted here that the colonial period – despite its repression – allowed the publication of the comic press, while most of it was banned after independence in 1956. Also, the experiences of some comic newspapers that were issued after the 2011 revolution did not succeed and soon disappeared. 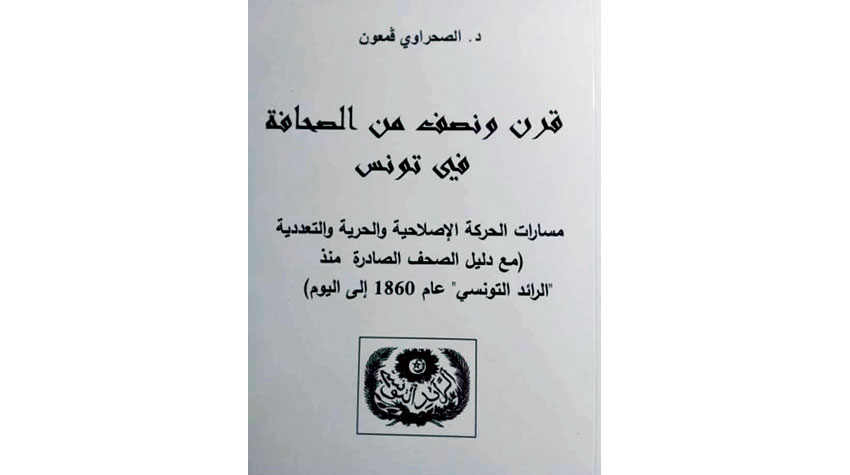 At the same time, the latest studies reveal that Tunisian Jews played a major role in the Arabic, Hebrew and French-speaking Tunisian press, whether they headed commercial media organizations or through newspapers that defended the rights of Jews in Tunisia and abroad.

The Hebrew press flourished in Tunisia in the 19th century and the first half of the 20th century, and its political and economic orientation varied from the far right to the far left. The Hebrew press also presented the reality of the Jewish community, its internal problems, and its relations with the Muslim majority, European colonizers, and Israel. In turn, the Hebrew press in Tunisia passed through three major stages:

The first stage was the “establishment stage.” In 1878, the first Hebrew newspaper was published under the name “Al-Oula (i.e. Wilaya) of Tunisia”, and it was of a cultural nature. This stage extended to 1904 and was characterized by the suffering of the Hebrew newspapers from material and technical difficulties, in addition to the political obstacles imposed by colonialism after the approval of the Press Law in 1884. It was imposed by the condition of a “financial guarantee” for issuing newspapers.

The second stage, after 1904, the date of the cancellation of the “financial guarantee,” the Hebrew press in Tunisia experienced its golden age, and the proliferation of daily and political newspapers in Tunisia significantly. Specialized Jewish magazines and regional newspapers also appeared. The political orientations of the newspapers became clear, so that the supporters of the Zionist movement had their newspapers, and the national Jews of Tunisia had other newspapers of their own. Several Hebrew newspapers chose the style of “comic journalism” and social criticism. It flourished and influenced the Arab and French comic and political newspapers. The prosperity of this type of newspaper continued until the global economic crisis (1929-1930) blew the dreams of the owners of Jewish newspapers and Hebrew printing presses.

– third level. In the 1930s, new Jewish newspapers emerged and declined with the outbreak of World War II. The last issue of a Tunisian Hebrew newspaper was published in May 1940 and after the Nazi German occupation of Tunisia in November 1942. But some wealthy Tunisian Jews – most of whom also became French citizens – abandoned the Hebrew language and invested in the French-speaking press. Among them is the newspaper “La Presse”, which was founded in 1936 by the wealthy Jewish doctor, Henry Smagha. La Presse remained one of the country’s most prominent newspapers after independence. It was nationalized in 1967 by a decision of President Habib Bourguiba and the authorities after its owner was accused of smuggling money abroad. Since that date, this newspaper has become the largest newspaper for the Tunisian government. 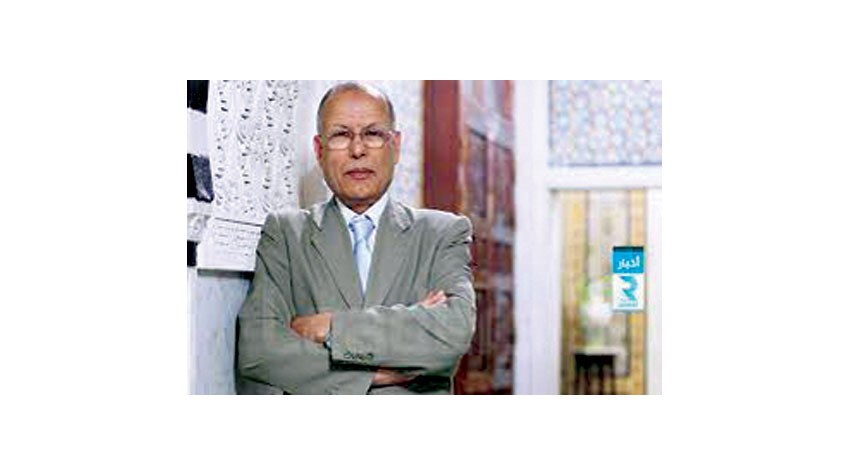 Since the first half of the last century, numerous regional (local) newspapers have appeared in Arabic, Hebrew and French. However, the “more professional” regional newspapers emerged in the seventies of the last century with the support of businessmen and civil society activists in the governorates and major tourist and industrial destinations such as Sfax, the second industrial capital of the country, Sousse, the tourist and commercial capital of the Tunisian coast, the tourist island of Djerba in the south, and the tourist city of Bizerte north of the capital. Among the most prominent regional newspapers and magazines – which were also circulated in the capital Tunis and other cities – were the newspapers “Al-Jazeera” in the island of Djerba, “Shams al-Janoub” in Sfax, “Mirat Al-Wasat” in Sousse, and “Canal” in Bizerte. Also, social and cultural newspapers were published in the internal historical cities, including “Al Hanaya” in the city of Zaghouan. Regional cultural and social newspapers also appeared in the governorates of Kairouan, Siliana, Gafsa and Kasserine.

The endurance of the written press

While social websites, electronic platforms, and “car radio” stations have succeeded in controlling the media and political scenes today, “the written and electronic press is still steadfast to this day,” according to Sahrawi Qamoun. However, Professor of Media and Communication Salah al-Din al-Daridi considers that “the rise in the number of press headlines and the emergence of formal pluralism after the 2011 revolution does not mean that the Tunisian media succeeded in playing the role of the fourth authority in monitoring the performance of the three authorities and correcting their paths.”

Contrary to the optimistic assessments of the performance of the “independent revisionist bodies for the media,” including the Audiovisual Media Authority, the journalist and former head of the Tunisian General News Agency, Tayeb Youssoufi, considers that some of these bodies “since 2011 have played the role of the media monitoring police and have been preoccupied with appointments and the game of sites and chairs” and not by perpetuating media pluralism and developing Occupation.

Tommy Lee’s wife, Brittany Furlan, has come under the microscope since facing backlash over mocking Pamela…