Saudi cinema… a mixture of heritage and entertainment 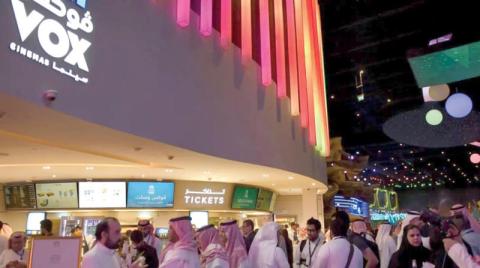 Al Hashemi: Majid Al Futtaim seeks to provide an experience that takes into account all tastes

Saudi cinema has played a major role in the field of entertainment regionally and globally, and it is keen to mix between introducing heritage and entertainment.

Muhammad Al-Hashemi, regional president of Majid Al-Futtaim in Saudi Arabia (Vox Cinema), told Asharq Al-Awsat on the sidelines of the Red Sea International Film Festival in its second session, that Saudi Arabia has become a regional center for entertainment, and it is keen on the cultural factor in this field.

He added that the film industry in Saudi Arabia is interested in highlighting heritage and stories to the public, noting that Majid Al Futtaim seeks to provide a quality entertainment experience that takes into account all needs and tastes.

Al-Hashemi believes that the Arab film industry is moving steadily to outperform foreign films. The availability of local business, especially in emerging markets such as Saudi Arabia, where unprecedented opportunities exist.

It is noteworthy that the Red Sea International Film Festival, in its second session, presents 131 feature films and short films from 61 countries in 41 languages, and hosts 34 films in a world premiere, 17 films in an Arab premiere, and 47 screenings of films from the Middle East and North Africa. , through 10 screens, 8 of which are in the “Fox” cinema.
.