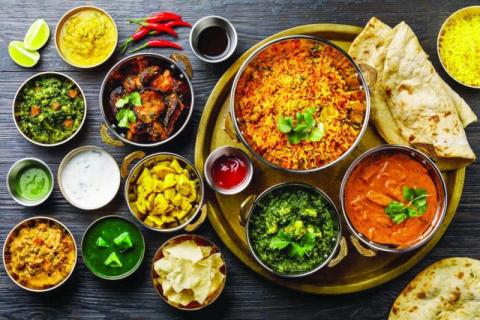 The Jordanian-Palestinian chef, Salam Dakkak, owner of the “Beit Maryam” restaurant in Dubai, won the Best Chef Award in the Middle East, in addition to the “Bib Gourmand” award from the Michelin International Guide. This announcement came after the vote recorded by the Academy of the 50 best restaurants in the region Middle East & North Africa’s 50 Best Restaurants, which includes 250 elite leaders in the restaurant sector in the region, as they were chosen thanks to their professional experience in Middle Eastern and North African restaurants. The committee was divided into six regions: the Kingdom of Saudi Arabia, the eastern Mediterranean, North Africa (the east), and North Africa (the west), where in each region there is a special arbitration committee, including the head of the committee who manages its affairs, and the committees include writers and critics in the field Foods, chefs, restaurateurs and gourmets. All members of the committee voted for seven restaurants, at least two of which are located outside the country in which they reside, without the sponsors of the event having any influence on the voting process.

To learn more about Chef Salam Dakkak; Asharq Al-Awsat asked her about her feelings after receiving such an award that no one from the Arab region had ever received, and she replied that she feels happy and proud, and this success is the result of the hard work and effort she has made over the years, and added that this success goes beyond being a token. It is beautiful for her mother because she taught her to cook, but because she is a caring mother and she put all her effort into raising her, as Salam sees that God and her mother’s satisfaction with her is the first reason for her success today; This is what made her name her restaurant after her mother, Maryam. 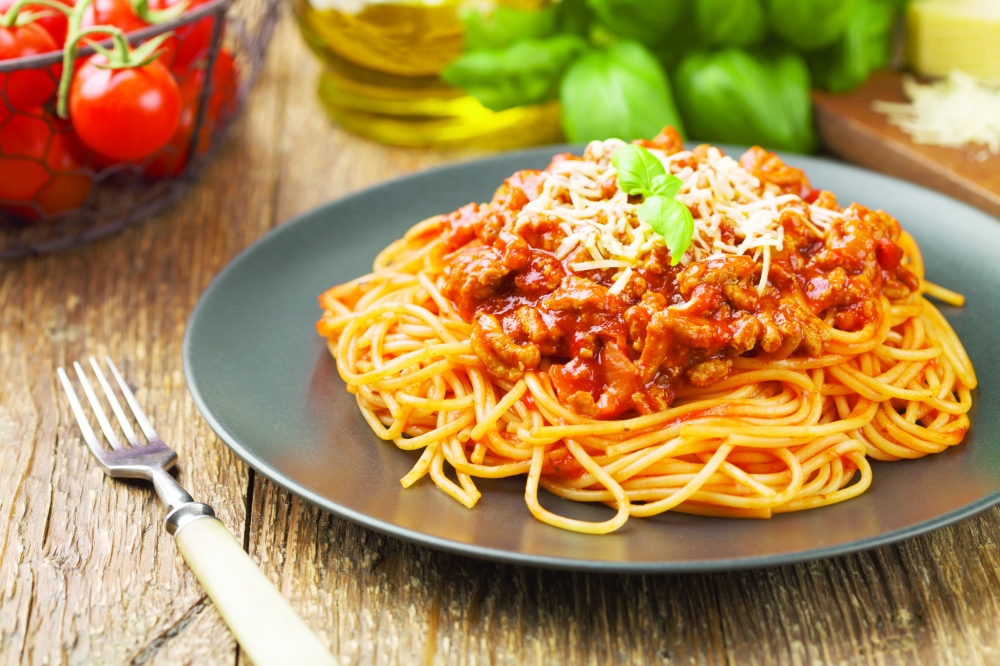 And about the large number of chefs in the Arab world, Salam says that there are many who make great efforts in their work, and if the chef is serious about his work, he will appreciate the work of others, as there is a large percentage of those who provide wonderful recipes and another category that is still in its infancy.

Chef Dakkak is known to serve traditional dishes that Arabs love, as she believes that cooking with love is the key to success. She considers that this award is wonderful, but it is a heavy burden for her. Because today she bears a great responsibility to maintain this success, and the most difficult thing is to continue with it, but at the same time she is very happy. Because it spreads the dishes of Arab countries, especially the dishes of its country, Palestine, and knows the largest number of people about it and its different dishes and flavors.

Chef Dakkak’s dishes are distinguished by the fact that she wanders around several Arab countries, from the Gulf in which she lived to the Levant, from which she came. She says that she lived between Oman and Saudi Arabia, and got acquainted with and loved Gulf cuisine, and what she loves most about the flavors and spices that she uses today in her kitchen. She initially worked as a teacher and school principal, but her cooking obsession pursued her, so she started a cooking program in Saudi Arabia. She then moved to Dubai and opened her restaurant, “Beit Maryam”, in 2017 in the Jumeirah Lakes Towers area. And in 2020, Dakkak provided the proceeds of a full day to work in the restaurant to donate to charities in Lebanon, following the explosion that occurred at the port in Beirut. 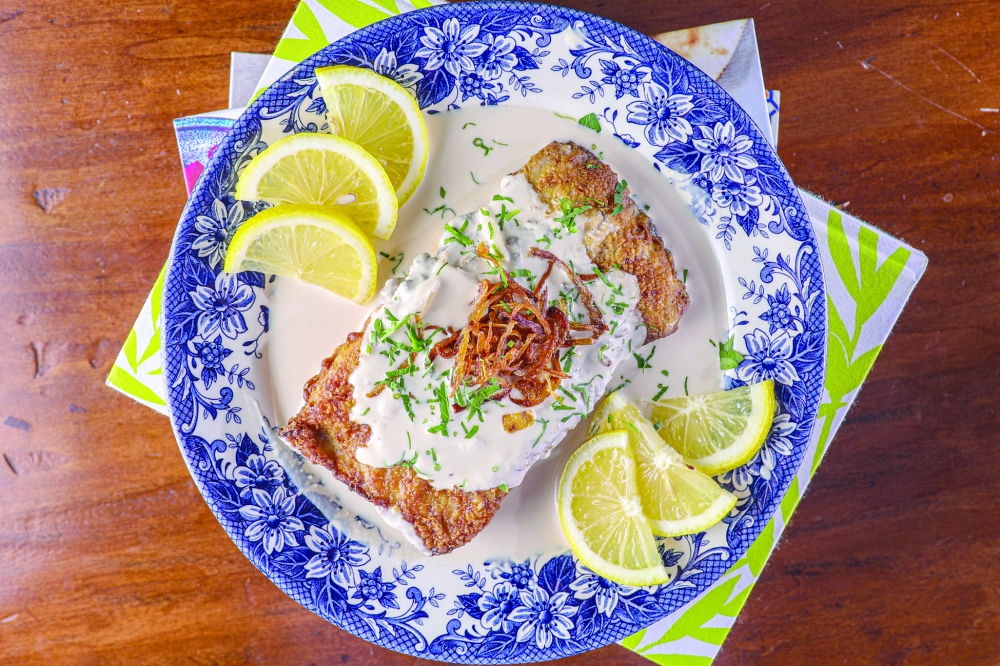 Whoever follows Chef Dakkak on her account on social networking sites will be impressed by the way she receives customers, as she considers that reception is the first thing that a good chef should enjoy, and she says, “Here we apply the saying (meet me and do not feed me),” stressing “the importance of treating customers in a manner Intimacy, breaking barriers, making them feel like they are eating at home, and making them repeat the experience of food in the restaurant more than once.”

Dakkak indicated that the support and encouragement of her husband and children was the source of energy for her to continue in the “Beit Maryam” restaurant, adding that she decided to start the project when her children finished their school and university education and devoted themselves to their professional life, and the capital was from her husband, who wanted to achieve what she aspires to. It is not burdened with the size of the amount or the starting cost.

Her daughter, Nada, did not hesitate to quit her job to help her mother manage the affairs of “Maryam’s House”, so that Salam could devote herself to cooking fresh oriental food and dishes for customers every day of all kinds. As the meals she provides start from breakfast and end with dinner. Her daughter’s step increased her enthusiasm, encouragement and self-confidence. Because she stood with her in every detail of the project – according to Chef Dakkak.

She loves traditional dishes and believes that there is something that can be changed, and other types that cannot be disposed of with their recipes and originality. Her favorite dish is molokhia in all its forms and methods of preparation. The reason is that it reminds her of her country, Palestine, and her land.

And about her childhood, she says that she was lucky because she grew up in a beautiful family in Jordan, as she is the youngest child in her family and she received a lot of attention, especially from her mother during her upbringing in Amman, and when she moved to live in Saudi Arabia, alienation contributed to bringing her closer to her loved ones, and at that time she began to apply The recipes she learned from her mother because she was at first a spectator in the kitchen, and in exile the smell of food such as garlic and onions brought her closer to her loved ones and aroused longing in her.

Speaking of social networks, Al-Daqqaq believes that they are very important because they play a prominent role in disseminating content, and if the latter is at the required level, it may be ideal for publishing, immortalizing and celebrating recipes and introducing the world to the very rich oriental cuisine. She also believes that there are very good content makers and there are those who are still in the beginning, and she believes that everyone should be supported as long as the goal is to spread recipes and introduce the world to Arab culture. 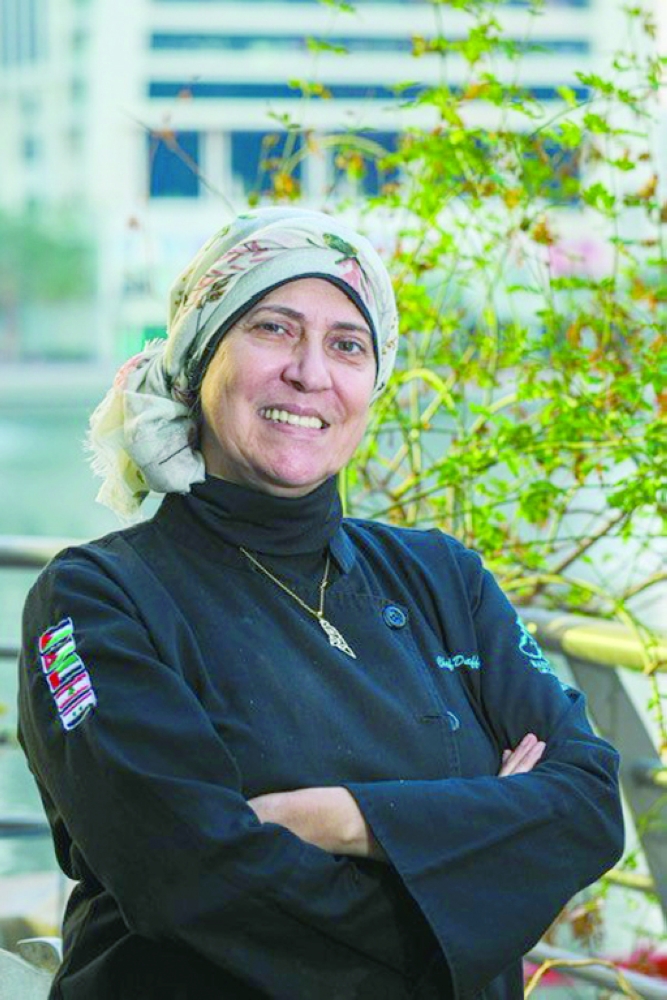 The event, which runs from January 27 to February 1, is a unique opportunity for elite chefs, restaurants, media and gourmets to gather in Abu Dhabi to celebrate the unique talents in the culinary world, with the awards ceremony taking place on Monday, January 30. The Middle East & North Africa’s 50 Best Restaurants list, which was announced in February 2022, highlights the diverse culinary styles of the region, as it includes restaurants from 15 different cities. 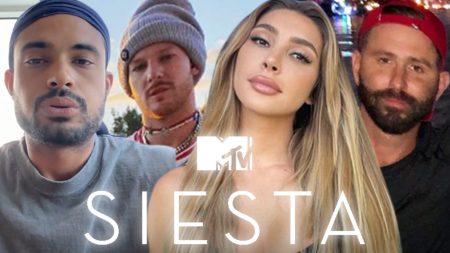