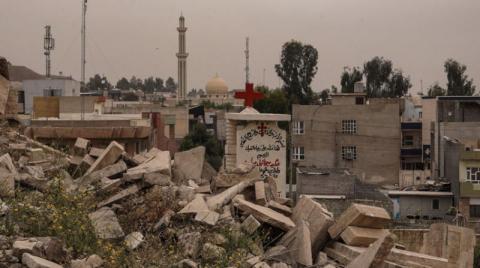 The first deputy speaker of the Iraqi parliament and a leader in the Sadrist movement, Hakim al-Zamili, accused Iran and Turkey of exploiting Iraq’s weakness to violate its sovereignty with attacks and military operations on its lands.

Al-Zamili said during an expanded meeting held by Parliament, yesterday, Sunday, to discuss the Turkish and Iranian attacks on Iraqi lands, in the presence of Foreign Minister Fouad Hussein and Nizar Al-Khairallah, the senior agent of the ministry, that “a member of the Foreign Relations Committee and head of the Sadrist bloc, Hassan Al-Adhari, submitted a request that includes the signatures of more than 50 Deputy to inquire about the repeated violations that occur by neighboring countries, especially Turkey and Iran. Al-Zamili added that “violations have started to be repeated recently, taking advantage of Iraq’s weakness.”

For his part, Hassan al-Adhari stressed during the hosting session that “recently repeated attacks on Iraqi lands by neighboring countries have increased, and this exposes the country to danger, and puts Iraqi diplomacy in embarrassment.”

The talk about Iranian attacks parallel to the Turkish attacks is the first of its kind because of Iranian influence on decision-makers, which means that the Sadrists, starting with their leader Muqtada al-Sadr, are seeking to implement al-Sadr’s project based on a national majority “neither eastern nor western,” in reference to the rejection of Iranian and American interference.

On April 18, Turkey launched the “claw-lock” operation against the anti-Ankara PKK in the areas of Matina, Zab and Afshin-Basian in the Kurdistan region, while Iran bombed Erbil with about 12 remote ballistic missiles last March. Term. In this context, Dr. Ghaleb Al-Daami, professor of international media, said in a statement to Asharq Al-Awsat that “the important point, which is considered a flagrant violation, is Iran’s bombing of Erbil with missiles without informing the central government of this.
.