Nasser Kamel to Asharq Al-Awsat: “COP27” achieved a breakthrough… and we are looking for “climate justice” 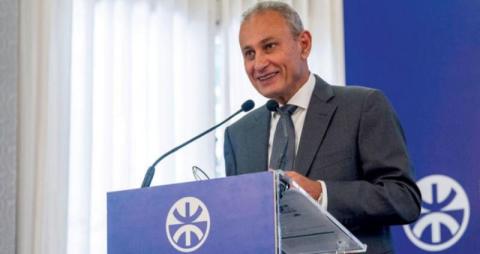 On the sidelines of the COP27 summit, the “Union for the Mediterranean”, which brings together within the framework of the partnership 42 countries in the vicinity of the Mediterranean from the north and south, was strongly present, with a pavilion for the first time inside the conference and active participation.

In the corridors of the conference, Asharq Al-Awsat met with Ambassador Nasser Kamel, the Secretary-General of the organization, who appeared very active during the events, whether in sessions, or in meetings with a large number of international officials in order to survive the movement in the Mediterranean region. One of the union’s latest achievements was the launch of the “Blue Mediterranean Partnership” initiative, which is primarily concerned with environmental projects and addressing climate challenges.

And the text of the interview…

* Tell us about the Union’s latest projects represented in the “Blue Mediterranean Partnership”?

– This initiative represents a qualitative leap in the activities of the Union for the Mediterranean; Because we were the initiators of offering it to a number of partners, beginning with the European Bank for Reconstruction and Development and the European Investment Bank, which are the two largest financing institutions in the Euro-Mediterranean region.

When we started working in the “Union for the Mediterranean” with the European Bank for Reconstruction and Development and the European Investment Bank, we spoke with a number of countries that agreed to join this initiative in terms of climate finance as well as investment, including Germany, France, Spain and Sweden, which showed a good willingness. The European Union fully supports the initiative.

* Are there actual moves yet?

– The first countries to benefit from this initiative are 4 countries in the southern Mediterranean: Egypt, Morocco, Tunisia and Jordan. And we announced, last Tuesday, our collective desire as countries, organizations, banks and financial institutions, regional and international, to establish this mechanism, and we will work in the next few months to develop its organizational structure and governance, as we will hold a conference in Barcelona, ​​in the last week of May (May) or the first week of June ( June) next year, to announce the amount of funding available, and to urge other countries and organizations to grant grant funding, investment funding and soft loans, with a desire to consider the projects submitted by the beneficiary countries, and where and how we start implementing this initiative on the ground, to have a positive impact, Not only on the Mediterranean environment, but on economic activity, creating sustainable growth in the Mediterranean basin.

* What do you see different in «COP27» from the previous peaks?

– The previous peak was a summit whose results were described as “the cup is half full”, meaning that the other cup was half empty. I imagine that the Egyptian presidency of the COP27 conference was very rational in choosing its slogan “From Ambition to Implementation” and focusing on the element of implementation. Egypt chaired this summit to include the “losses and damages” item, an item that the major industrial countries refused to include; because it will entail discussing financial obligations on them; Being the cause of these damages, for which compensation must be provided.

Accepting this principle, I see it as a victory for Egyptian diplomacy and the countries of the South and the countries of the emerging or emerging economies, which were all pushing in this direction. The coming days will show the extent of the commitment of the major industrial countries to what they have repeatedly pledged since the Paris Conference with regard to financial commitments in connection with harmonization and adaptation. We are talking about $100 billion a year, but today the scale of the environmental and climate challenges the world faces may require many times that amount.

We are not talking about the effects of climate change in the future. We live today as part of these effects that will be exacerbated in the future, especially in the Mediterranean region. This summer in particular, the region is witnessing an unprecedented number of fires that have claimed the lives of many citizens of the region in Algeria and other countries, and entire regions in southern Europe – and not in the Middle East and North Africa – have declared drought areas for the first time in their history, and in European countries we have witnessed unprecedented heat. preceded by 45 degrees Celsius, so what about the southern Mediterranean? We are talking about scarce water resources that are likely to decrease by 20 percent, if we do not take the necessary and adequate measures to stop global warming from adapting and adapting.

* What is the extent of the damage in your opinion?

– The region is suffering greatly today. We are talking about areas witnessing the encroachment of the salinity of the Mediterranean into fertile agricultural lands, and this is happening in many countries, including Egypt. And Egypt, when it showed a film about the climate challenge, showed the city of Alexandria in particular and the very large sums that are spent from the Egyptian budget to protect it… The question here: Who caused the damage to Alexandria and that Egypt spends huge money to preserve it? Is it Egypt’s policies in the field of industry or the major economies over the 150 years since the start of the industrial revolution?

From here we begin “climate justice.” You demand that developing countries commit themselves in their development policies and efforts to upgrade their economies by moving towards advanced industrial societies. This is happening in many emerging countries such as Egypt and Morocco in our region, and India and Brazil you ask them to commit to a sustainable economic model. What about the damages? And what about justice? You did not follow this model and actually caused damage, and you demand that we slow down the pace of growth without making a financial contribution to reformulating economic activity to be more sustainable and less harmful to the environment.

Q: From what you witnessed in the past days… Do you think that the summit will produce real outputs to implement the commitments?

There are 3 levels that I see promising. The first level is what this summit witnessed in terms of unprecedented agreements and understandings between groups of countries, at the regional level, for example, not exclusively, that Egypt will establish the largest wind plant in the world, in addition to the size of the agreements in the field of green hydrogen, and the green Saudi initiatives aimed at cultivating the region The most desertified in the world… The Saudi, Emirati, Egyptian and other moves will turn the Middle East into a reservoir of economic growth.

The second level concerns some indicators of what a number of countries have announced about fulfilling their commitments. It is also a cause for hope, as the matter remains contingent on the fulfillment of these commitments. On the third level, if we have a real desire to move towards a more environmentally and climate safer world, I imagine that the main challenge at the current stage is how to provide the conditions and the financial environment that allow the private sector to indulge and engage strongly; Because we are not in the stage of needing billions, but rather we are in the stage of needing trillions of dollars, and this cannot be provided through government funding, the private sector must partner at the level of the world as a whole.

* What is your assessment of the effects of the Russian-Ukrainian war on the OIC countries?

– The Euro-Mediterranean countries are among the countries most affected by the Russian-Ukrainian war, quite simply, whether in Europe with regard to energy sources, or to face the unprecedented rise in food prices to the south in North African countries. The Middle East has a problem. As a result of water scarcity – not lack of effort or sustainability – we are a region that imports its net use of food. The two regions were affected by the unprecedented waves of inflation due to the war and the impact on production chains.

Certainly, this war had a clear negative impact on the region, and this does not negate the region’s continuation of collective action through partnerships and initiatives that we have seen in the fields of environment and climate. All the countries of the region are trying individually and collectively in one way or another to overcome the crisis, such as diversifying energy sources, increasing reliance on eastern Mediterranean and Gulf gas for European countries, or relying on diversifying food sources in the southern Mediterranean. 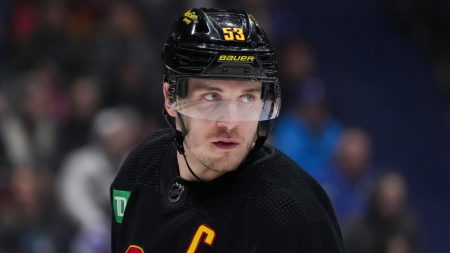