Mostafa Fahs – Iran… Order and the Edge of Chaos 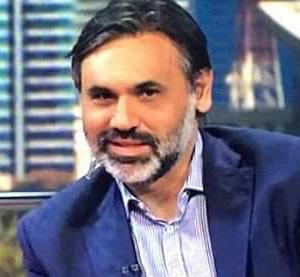 With the protests entering their third month, the Iranian regime is facing a state of rebellion that organizes itself and possesses a continuity dynamic that constitutes a critical situation for the power system with all its ramifications, the conservative with its military and ideological aspects, and the reformism with all its political formations that are partners in the structure of power and movement connected to the pulse of the street; The first ruling, that is, the conservative current concerned directly with re-imposing stability, therefore adheres to its traditional discourse that it repeats when facing any political or demand crisis, and resorts to the same method that it has previously tried in previous confrontations. As for the second, the reformist movement objecting to the violence of the regime and the model of governance that adheres to its application, and it is also confused about the extent of its ability to adopt the stances of the protests that affect part of their nature. But he has not yet presented a completely different project from them.
In the last confrontation, the regime’s confusion appears more than any previous stage, as for the first time it finds itself in a position to defend its ideological nature. Therefore, its military and civilian elites resorted to escalating the threatening discourse to the protesters through the military establishment, the latest of which was what the commander of the army’s ground forces stated, who said that “Rioters will have no place in the Islamic Republic,” while 277 hard-line deputies in the Iranian parliament urged, last Sunday, the judiciary to “deal firmly with the protesters.”
The confusion of the regime’s rules has reached the level of predicting the future of the Islamic Republic if the protest movement achieves its goals, and warning the political, religious and cultural elites of the dangers of transformations on the social structure in Iran. This came in the editorial of the hard-line Kayhan newspaper last Wednesday, which warned that: The day after the fall of the Islamic Republic Iran will become hell if this group comes to power, with the slogan of the voluntary veil, it will eventually follow “forced unveiling”… Indeed, one of the main goals in this strife is the division of Iran and the disintegration of our country, and homosexuality will be formalized and spread in Iran .
On the other hand, with the development of the protest movement and its crystallization as a state of social rebellion, the reformist movement is showing more flexibility towards it, and the most prominent position came from Mrs. Zahra Rahnavard, who is under house arrest with her husband, the leader of the Green Movement, Mir Hossein Mousavi, who said, in a sharply worded statement directed to the regime’s leadership: “Respect the youth, do not kill the people, hear their voices, protest the right of the people, release the imprisoned students, stop the threat, suspend the study, and expel the students,” while the main reformist bloc close to former President Muhammad Khatami called for a popular referendum to end the protests’ crisis.
Practically, the protest movement revealed that the complex system of government in Iran (conservative and reformist) is going through a critical state after the ramifications and conflicts of the authority pushed the Islamic Republic’s system to the brink of chaos. against him and to the formation of a state of ideological rebellion that brought into the open all national sensitivities and regional discrimination that had been suppressed for years. The use of violence, and insisting on dealing negatively with the demands of the protesters, as if he is in a state of denial and has not yet understood that his negative way of dealing with limited demands may lead to catastrophic results, the first of which is chaos.