Killer venom from spiders and snakes to heal humans 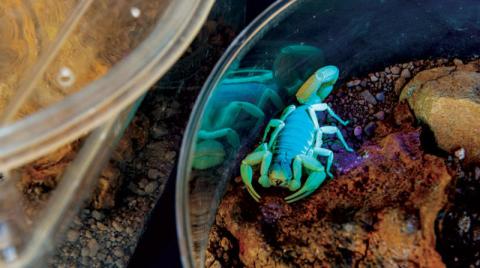 In a small room at the Desert Museum (Arizona-Sonora), invertebrate department supervisor Emma Calif lifts a rock into the center of a plastic box. “This creature is one of our desert scorpions and the largest of North America’s scorpions,” Califf explains, displaying a 3-inch-long scorpion, with its hooked tail above its back.

The scientist keeps this captive, hairy creature along with a swarm of bark scorpions (one inch long) in another box, and 20 rattlesnakes of several species and subfamilies, for their main products: venom or animal venom.

The last few years have seen the budding of a new field of science known as venomics that is based on a concerted effort to identify the widest range of proteins found in venom. The growing catalog of these compounds has contributed to the discovery of a number of drugs, and the door is still open for the discovery of more promising molecules with the continuation of experiments using the latest revolutionary technologies.

Leslie said in. Boyer, professor emeritus of pathology at the University of Arizona, said, “A hundred years ago, scientists thought that the venom in general contained 3 or 4 components, but today we know that one type of animal poison may contain thousands of them. This field is witnessing rapid development thanks to some skilled laboratories that provide information to all parties who are able to use it to make new discoveries.”

“The toxicology world hides a whole slate of drugs waiting to be explored,” she added. We are facing an astonishing case in the world of modern scientific chemistry in which highly developed animal toxins on Earth have helped in the creation of a number of effective medicines and will undoubtedly contribute to the discovery of others.

Medicines derived from the venom of the deadly Australian spider that lives on Fraser Island are the most promising today; Because it is able to stop cell death after a heart attack.

After an attack, the blood flow to the heart decreases, which increases the acidity of the surrounding cells and leads to their death. The drug extracted from the Australian spider is known as “Hi1A”, and its clinical trials are scheduled to begin next year. In the laboratory, scientists tested it on a beating human heart and found that it is able to reduce the heart’s sensitivity to acidity. That is, “disrupting the death message, reducing the number of dying cells, and enhancing the likelihood of cardiac cell survival,” as Nathan Palpant explained; The researcher at the University of Queensland, Australia, who co-discovered this drug.

If this drug proves effective in clinical trials, it could be used in emergency departments to prevent patients from damage from heart attacks, or to improve the outcomes of heart transplants by keeping the donor’s heart healthy for longer.

For his part, Brian Fry, associate professor of toxicology at the University of Queensland, who is familiar with the research but not involved in it, believes that this drug is a “miracle drug for heart attacks, even though it is extracted from one of the most hated creatures in Australia.”

The techniques used to treat venom compounds have become so effective that they have opened the door to many new opportunities. Frey pointed out that “scientists are now able to do many experiments using some micrograms of venom, after they needed thousands of micrograms 10 or 15 years ago.”

The venom consists of a complex mixture of toxins composed in turn of proteins with unique and deadly properties that natural evolution has helped refine their potency for a very long time (about 54 million years for snakes and 600 million years for jellyfish).

Animal venom is the product of a race by the biological arms over time; With the increased ability of poisons to kill, victims develop more resistance, which in turn enhances the poison’s ability to kill even more within a natural cycle in which humans play a prominent role. “Humans are made of proteins, and these proteins are made up of low-complexity structures that make us human, which makes them the prime target for venoms,” explains Boyer, who founded the Institute for Immunotoxicology, Pharmacology and Emergency Response known as Viber.

Cellular proteins developed by venomous micro-targeting molecules play the largest role in making a drug or drug derived from it that uses the same protein pathways to be highly potent. But some proteins suffer from inherent problems that may prevent them from being used to make drugs.

Scientists usually dispense with the idea of ​​collecting animal venom after determining its composition; Because they can be made in laboratories. The venom has 3 main effects: neurotoxicity, which attacks the nervous system and paralyzes the victim; haematological toxicity that targets the blood; and a local histotoxicity that attacks the area around the site that was poisoned.

The markets contain many medicines derived from animal toxins; Most notably, “Captopril”, which was developed in the seventies from the venom of the Brazilian garraca snake to treat blood pressure, and achieved an impressive commercial success. We also mention the drug “exenatide” which is derived from the hilly lizard, also known as the “Gila monster,” and is prescribed to patients with type 2 diabetes; And Draculin, an anticoagulant drug derived from the venom of a bloodsucking bat, used to treat strokes and heart attacks. Finally, Negev desert scorpion venom is used to extract a compound that is still in the clinical trial phase to find and optically locate colon and breast tumors.

Today, there are many candidate proteins to make new drugs, but there is still a long way to go before manufacturing and clinical trials that may require years and millions of dollars. In March, researchers from the University of Utah announced the discovery of a fast-acting molecule in conical snails that bombard fish with their venom. The level of insulin in the victim’s body drops rapidly, killing them. This drug holds great promise for diabetic patients. It also seems that bee venom may be suitable for treating various and dangerous diseases; The latest research indicates that it is lethal in killing breast cancer cells.

Researchers in Brazil are currently exploring the venom of the Brazilian wandering spider as a potential source for a new drug that treats erectile dysfunction due to the effect that its bite has on the victims’ body. “Men who are bitten by this spider and absorb its venom get long, painful erections,” Frye explained. Of course; It remains for scientists to separate the poison from the deadly ingredient in it and find a way to modify it and turn it into a medicine.”

But calligraphy is not the only subject that has been well studied and understood today. Recent years have seen coordinated research backed by massive funding for the development of animal antivenoms. In 2019, the Wellcome Trust established a $100 million fund to follow up on this research, and since then the world has witnessed many serious research efforts to find a single, unified treatment that can be delivered to remote areas to provide immediate assistance to anyone who has been bitten by a poisonous snake. The world today contains many antivenoms, and each one of them treats a different snake bite.

The journey is difficult and is made even more difficult by the variety of ingredients found in animal toxins and the complexity of finding a drug that neutralizes them. However, it should be noted that the world is currently awaiting the development of a promising comprehensive antitoxin called varespladib, which is still in the clinical trial stage.

Finally, experts hope that the important role that animal toxins play will help show more respect and protection for the fearsome creatures that produce them. 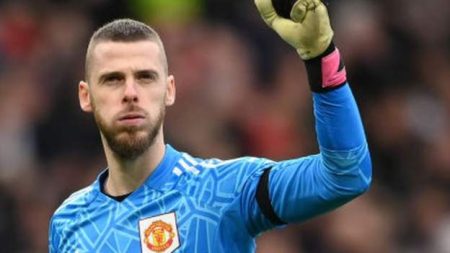