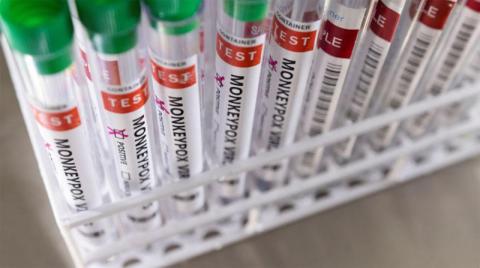 New cases daily in Britain… and Washington looking at treatments

The World Health Organization has announced that it expects more cases of monkeypox to be detected, as surveillance expands in non-endemic countries, raising global concern.

Yesterday, US President Joe Biden said that the outbreak of the disease “should be a concern for everyone,” adding that US health officials are looking into potential vaccines and treatments. “If (the disease) spreads, it must have repercussions,” he told reporters, while visiting an air base in South Korea. Biden’s warning came after the disease was detected in 12 European countries and in Australia, Canada, the United States and Israel.

For its part, the World Health Organization announced that as of yesterday (Saturday), 92 confirmed cases and 28 suspected cases of monkeypox have been reported from countries where the virus is not endemic, adding that it will provide more guidance and recommendations in the coming days on how to limit the spread of the virus. infection. The organization stated that “the available information indicates that transmission of infection from one person to another occurs between people who are in close physical contact.”

Britain has begun vaccinating health care workers, who are at risk while caring for patients, with new cases emerging daily in the country.
.

(CNN Spanish) — A few hours before the start of electoral day in Ecuador, the…