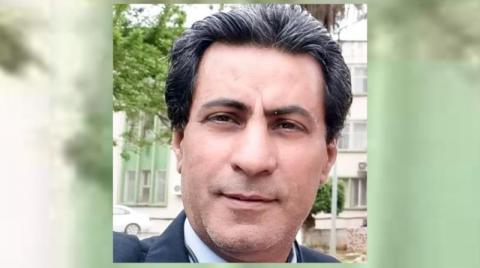 Is the victory of the right-wing Georgia Meloni in the Italian elections in September 2022 through the far-right Brothers of Italy party a tragic return to fascism, nearly 100 years after its end, when the angry Italian masses dragged the fascist leader, General Pepo Mussolini, through the streets of Rome Before you executed him upside down, with both legs raised, after dragging him through the streets of Rome?
Bebo Mussolini was an ally of the Nazi Hitler and the tyrant Franco, and the three of them formed a triangle of terror, tyrants, racism and arrogance over the peoples that colonized them and put their inhabitants in mass detention centers in the largest genocide that a nation in history has been subjected to, such as the Libyan nation, which the fascist Mussolini considered the fourth beach, and he invaded its lands in the largest The process of substituting a people for a people.
Georgia Meloni, who refuses to receive immigrants, supports the idea of ​​”Italy First” and adopts the ideas of the extreme right, and has relations with right-wing parties in Europe, such as the right-wing Vox party in Spain, will she become the first Italian female prime minister in the modern history of the Republic? Can it withstand and stay in power for one year in a country like Italy, where governments do not live long?
The victory achieved by Georgia Meloni is unprecedented for the far-right parties in the history of Italy and Europe, which constitutes a milestone in the trends of the Italian voter in particular, and may signal the beginning of a return to the fascist era, which Mussolini always dreamed of raising his banner to the stars.
Will Georgia Meloni be a Trojan horse for the fascists by returning to Italy, especially since Meloni believes in fascist ideas, and even professes them, and is currently the head of the “Italy Brothers” party, and she previously worked as a youth minister in Silvio Berlusconi’s government?
Congratulations to the right-wing victory came quickly from Marine Le Pen, leader of the far-right National Rally party in France: “Congratulations on this great victory,” while former Prime Minister Enrico Letta described her as (Georgia Meloni) “a threat to the Italians,” especially that Ms. Meloni was a member of the The National Alliance Party, a party with a fascist orientation, before founding her own party, Brothers of Italy, which combined fascism and hostility to immigrants and foreigners.
Fascism is originally an Italian product and an Italian term that has moved to the languages ​​of the world. Fascism is an authoritarian regime that is anti-liberal and pluralistic, and has a racist populist tendency, and it usually rejects the state model based on traditional liberalism and pluralistic democracy, and this is the threat posed by Georgia Meloni as understood and expressed by the Prime Minister. Former Enrico Letta, when he described Meloni as a “threat” to Italy, in his first statement after her victory.
Fascism usually resurfaces just because an economic collapse or disaster appears in the country, so fascism floats, taking advantage of popular support for its appearance as a savior, but only sane people will realize the magnitude of the danger and threat posed by the fascist authority, even if it appears in the guise of a “savior.” And this is what Georgia played on. Meloni in her election campaign until she was able to bring down the veterans of her political opponents, and of course this “victory” cannot be attributed to Georgia Meloni alone, as she does not speak in her name as an independent, but rather represents an extension of a party that came to power 100 years before the day Meloni was able to return to power.
It is not the right-wing Georgia’s victory of two million that worries liberal Europe, but rather the approaching Marine Le Pen to victory in France and other European countries, which will threaten democracy and liberalism in those countries that have always sang about accepting the other and welcoming immigrants… They will find themselves facing a restriction in freedoms if the rise continues. The extreme right is using the tools of democracy that it does not believe in. The right in Europe is no different from the phenomenon of political Islam in the Middle East. Both are combined with fascism by not believing in democracy when winning elections, and starting to empower its own project. Therefore, both are considered a threat to the world and not only in its origin.