Derian urges the Lebanese to participate in the elections 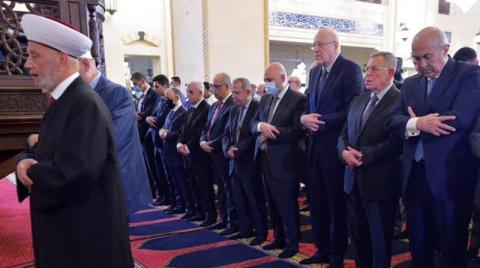 Consider boycott a “magic recipe for bad corrupt people to come to power.”

The Grand Mufti of the Lebanese Republic, Abdel Latif Derian, urged the Lebanese to participate in the parliamentary elections scheduled for May 15th, to prevent the corrupt from gaining power. In his Eid al-Fitr sermon yesterday, Derian stressed “the importance of the opportunity available to us to achieve this change through the upcoming parliamentary elections. Therefore, I warn and warn against the danger of abstaining from participating in the elections, and the danger of electing bad corrupt people, because refraining from participating in the elections is the magic recipe for the bad corrupt people to come to power. Repeating mistakes is a crime. The worst crimes are those committed against the homeland, under the pretext of defending it.”

Derian said, “The situation has reached so dangerous and bad that they are trying to turn the abuser into a philanthropist, and the criminal into a hero, and they raise the loser to the highest levels of praise and honor. They are the ones who turned Lebanon into a failed state, begging for water, electricity, and a loaf of bread. None of these losers have the audacity to admit what his hands have been tainted with corruption and illicit money. Rather, they classify themselves as angels and saints, to return to the crime scene again, wreaking havoc in the Lebanese homeland, so beware of their deceptive and misleading statements.

Derian touched on the tragedy of the sinking of the boat of illegal immigrants, saying: “It is not permissible to remain brokering boats. It is not permissible to trade with the livelihood of citizens. People’s money should not be stolen and their lives harvested under any pretext, and organized and unorganized crime should not remain.” He added: “Today, the hungry in Tripoli and elsewhere are trying to emigrate, and if they are left to the darkness of the sea, For those who are secure in their positions and wealth, fear will spread among them today and tomorrow.

Living disorder threatens everyone, even if it seems that only those who perish are thrown into boats by brokers. It is the moment of truth in which society disintegrates, and everyone turns to save themselves.”
. 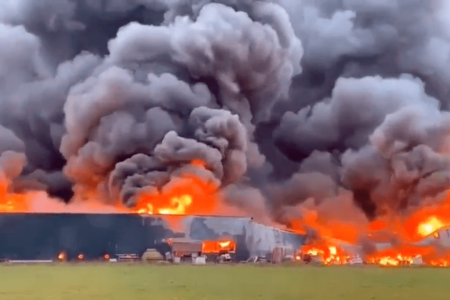 A fire broke out in the middle of the afternoon, this Friday February 3, 2023…