Bashagha is looking for “secret solutions” to enter Tripoli 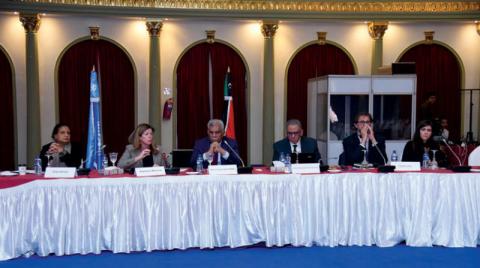 In light of the continuation of the current political impasse in Libya as a result of the “unity government” headed by Abdel Hamid Dabaiba’s refusal to hand over power in Tripoli, the new “stability government,” headed by Fathi Bashagha, began searching for what sources affiliated with it described as “secret solutions” to enter the Libyan capital, Tripoli. .

Sources close to Bashagha said that his team, which seeks to take over power “as soon as possible” in the capital, is racing against time to overcome the obstacles represented by the presence of the Dabaiba government there.

Although the same sources, who asked not to be identified, confirmed Bashagha’s commitment to what she called “a peaceful and bloodless entry into Tripoli”, they refrained from revealing the content of the solutions that they said were being evaluated, before announcing them.

Bashagha told the Libyan Al-Wasat channel, yesterday, Saturday, that what he called the “lack of commitment” by Abdel Hamid Dabaiba “his pledge not to participate in the elections was one of the important reasons that made them fail,” referring to the failure to organize parliamentary and presidential elections that were scheduled for December 24 (December 24). I) past.

He added, “From 2011, successive Libyan governments were handed over smoothly, and even the Salvation Government responded after a short period, but the Dabaiba government did not, and this is a moral problem before it was a political one.”

Bashagha continued, “Dabaiba did not intend to hold elections from the beginning, and informed external and internal parties that it would last for two years or more, and there would be no elections.”

The matches witnessed 30 penalties, 432 yellow cards, and 21 players sent off With the…