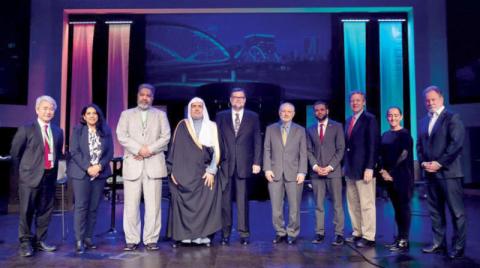 Distinguished guest of honor at the “International Forum of Religions”