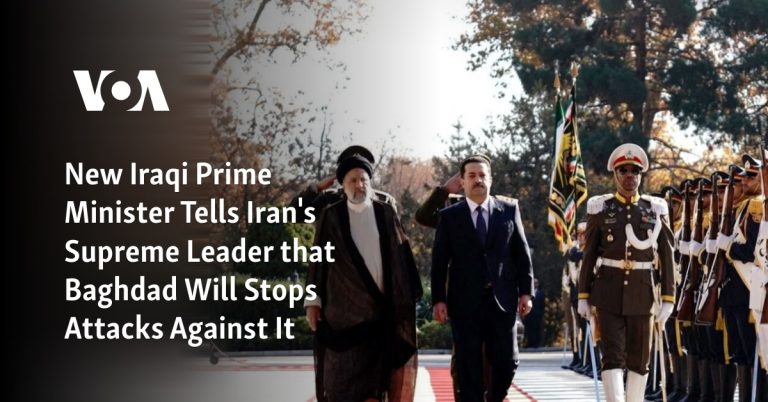 Sudani told journalists in Tehran after meeting Khamenei, that Iraq would not allow any attacks on its neighbor from inside its territory and that its security forces are being deployed along the two countries’ common border.

He said that his government is committed to enforcing the Iraqi constitution and preventing any groups or parties from damaging Iran’s security and that Iraq’s national security advisor will meet with his Iranian counterpart to coordinate operations on the ground.

Sudani added that Iraq considers dialogue and mutual comprehension to be the best policy to solve problems on the ground.

Hussein Allawi, a top adviser to the Iraqi prime minister, told Saudi-owned al-Arabiya TV that Sudani’s top priorities in his meetings with Iran’s leaders are to have detailed and sincere talks that will not drag out for a long period of time that cover the issues of Iran cutting off the flow of water to Iraq and Iran’s recent bombardment of Iraqi territory.

The prime minister of Iraqi Kurdistan visited Baghdad recently to meet with Sudani and coordinate the deployment of Iraqi security forces, including Kurdish Peshmerga forces, along Iran’s border to prevent any infiltration or attacks on Iran and any further Iranian military response to such attacks.

Iraqi media reported that Sudani also discussed Iran’s supplying of gas and electricity to Iraq, in addition to trade issues and joint oil and gas exploration along the two country’s border.

Khattar Abou Diab, who teaches political science at the University of Paris, told VOA that relations between Iraq and Iran are in total disequilibrium and that Prime Minister Sudani is a political ally of Iran who is going to Tehran to give an account of his government’s actions.

He said that Iran worked to have Sudani named prime minister even though allies of the Shiite Muslim cleric Muqtada al-Sadr won parliamentary elections. He said they allegedly threatened Sadr and his family, which lives in Iran, to desist from choosing a prime minister, so that Iran could have influence over the government in Baghdad. Sudani, he argued, is visiting Iran like a favorite son returning home.

Abou Diab stressed that Iraq has absolutely no leverage in its dealings with Iran and will have to accept whatever Iran decides, due to the totally unbalanced relations between the two countries, both economically and politically.

Iranian media reported that Vice President Mohammad Mokhber told Sudani that countries in the region must solve their security problems among themselves, rather than resorting to outside parties. Iranian officials have made similar statements in the past. 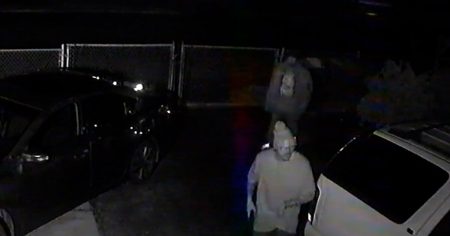 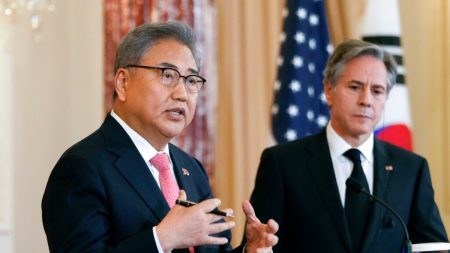