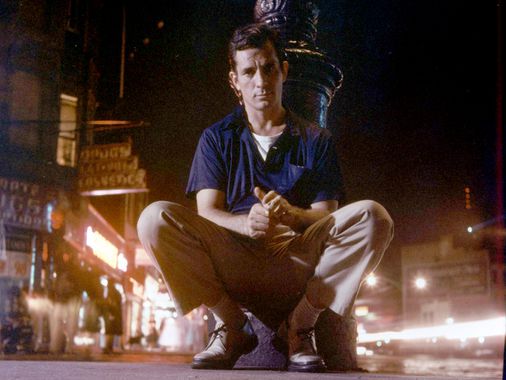 It would have been circa 1964 or ’65, when I was 11 or 12. Mom and I were in a respectable Lowell drugstore. The book in question was in a standing rack, the kind that revolved around a spindle to reveal more books — Agatha Christies, Ian Flemings, Fanny Farmers, Dr. Spocks. It was not “On the Road” but “Maggie Cassidy.” I was lured, as any kid might be, by the paperback’s lurid cover. There was this blonde coming in for a hot kiss with a T-shirted Brando type.

Get Weekend Reads from IdeasA weekly newsletter from the Boston Globe Ideas section, forged at the intersection of ‘what if’ and ‘why not.’

“He’s a local guy,” said the kid behind the counter when he noticed what I was peering at. “He’s from Lowell.”

“Huh.” I reached for the change in my pocket, figuring I could steer the salacious cover clear of my parents. I didn’t do a good job, but Mom was hardly upset when she noticed the book. “Oh, Jack!” she said. “My grandfather delivered Jack Kerouac. He delivered all the French babies.”

Another scene: Dad, Mom, and I were at lunch one day at the Olympia on Market Street. By this point, I had read “On the Road” and a few other titles. But I wasn’t a completist. I wasn’t a nut.

Dad whispered, “See that woman at that table in the corner? That’s Mary Carney.”

“Who?” I said, in a reply of such cluelessness that, today, it would get me barred from the vast online Beat-o-sphere. “Who’s Mary Carney?”

“She was Jack’s girlfriend at Lowell High. She’s ‘Maggie Cassidy.’”

Dad and Mom waved to Mary, who waved back. I was to learn that Dad was right and that the artist responsible for the pulp-fiction cover had taken license. Smart move: It parted me from my 90 cents.

This kind of sighting was happening all the time in Lowell, as Jack’s characters were thick on the ground in the 1960s and ’70s. By the time my parents pointed out Mary Carney to me, they had already, during earlier wanderings, indicated Stella Sampas, sister of Jack’s best friend Sammy, who died in the war at Anzio. Stella would become Jack’s third wife.

On another occasion, Mom introduced me to Arthur “Louie” Eno, Jack’s boyhood school friend who would become Ernie Malo in three of Jack’s books. When Louie died in 2014, a Lowell Sun headline over a series of remembrances read, “Arthur Eno Was a Friend to All — Even Jack Kerouac,” a testament to how difficult friendship with the hard-drinking Jack could be. The man’s favorite tipple till the end was what he called a “splash and a wash” — a custom boilermaker comprising a very tall whiskey chased by an even taller beer. That can make for friends, or foes.

More than the drinking, it was Jack’s subject matter that put off so many in his hometown. Many locals didn’t cotton to his vivid realism, as here, from “Maggie Cassidy”:

They were just regular old French Canadian two-story wooden tenements, with washlines, porches, long boards . . . with brown lights in the kitchens, dim shadows, a vague sight of the religious calendar or an overcoat on a closet door, something sad and homely and useful and to the boys who knew nothing else the abode of very life.

And then — sacré bleu — Jack’s characters, who one of Dad’s childhood friends dismissed as “fornicators and masturbators.”

The Sun didn’t care for its former sportswriter’s language in his breakthrough novel, “The Town and the City.” The paper dismissed it as tawdry, “with language often profane and vulgar. . . . Readers will have a feeling of pity for the parents who were not strong enough to wield the proper influence over their children.” It probably didn’t help Jack’s cause that one character in the book characterizes Lowell as “the stinkingest stinking town.”

Many Lowellians who had known Jack and had watched him progress (to their thinking, devolve, become a disgrace), held on to an animus until he died — and even after.

The death took place on Oct. 21, 1969, at 5:15 in the morning in the emergency center of St. Anthony’s Hospital in St. Petersburg, Fla., where Jack and Stella were living. Jack was 47, and he had been a mess. Already back in 1959, riding high on his “On the Road” success, he had complained in a letter to poet friend Gary Snyder that fame was rendering him “fat, dejected, ashamed, bored, pestered & shot.”

In the subsequent decade, Jack had done nothing to slow the dissolution. His oversized boilermaker was still a nightly thing at St. Pete’s Flamingo Bar, and he was wasting away at home, too. Not long before he died, the St. Petersburg Times dropped by for an update: “Jack Kerouac, author, cult hero, was watching Walter Cronkite on the evening news, volume turned silent, while Handel’s ‘Messiah’ blared from the record player. He was smoking Camels, drinking whiskey from a medicine vial and chasing it with Falstaff beer in a half-quart can.” Stella told The New York Times: “He was a very lonely man.”

Jack’s body was brought home to Lowell for the services. The wake was held at Archambault’s funeral parlor on Pawtucket Street, where his older brother Gerard, who had succumbed to rheumatic fever at the age of 9 in 1926, had lain. Allen Ginsberg paid respects along with Peter Orlovsky, Gregory Corso, and other out-of-town weirdos.

In the tight room, Ginsberg and friends chanted “om” over their friend’s body, which lay in an open black-metal casket. Jack was attired in a gray houndstooth sports jacket, yellow shirt, and red bow tie with white dots. Entwined in his fingers was a rosary: a grace note that, whether chosen by him, his family, or the funeral directors, seemed intended to punctuate Jack’s lifetime of spiritual seeking.

The funeral service was the following cold morning, Friday, Oct. 24, 1969, at St. Jean Baptiste on Merrimack Street. Jack’s cherished Father Armand “Spike” Morissette presided at the service and later lamented that only the Sampas family had represented Lowell in the pews. He wasn’t quite right about that — Louie Eno was surely there, and some of Jack’s old football teammates — but, yes, by and large, Lowell watched but did not honor Jack’s interment.

Nor did it for some time to come. In 1976, the city commissioned portraits of famous natives to hang prominently in public. Dad and Mom attended the gala at which they were unveiled. “It was so strange,” my mother recalled. “There was all of this applause when they took the cloth off each picture, and then they got to Jack’s . . .”

Jack’s unveiling had been preceded by those of James MacNeil Whistler (never mind that the artist chose to publicly disown Lowell as his birthplace); Civil War General Benjamin Butler (never mind that his leadership included the postwar pillage of New Orleans, which earned him the sobriquet “Beast”); and Bette Davis (never mind that she was at boarding school in the Berkshires by age 7 and then off to New York, never to return). Those three received fervent applause.

There was a last drapery to be drawn. Many attendees were holding their breath for Ed McMahon, born a year after Jack and still on Channel 4 every night, yukking it up with Johnny Carson. But Lowell’s elite got what it feared. Mutterings were overheard: “That jerk.” “Never read such crap.” “Mary Carney was a good girl.” “What a [expletive].”

Even as late as 1988, when Lowell dedicated a small park to Jack, there remained naysayers. Howard Mansfield, in covering the opening for The Washington Post, described “an insider’s event: a family thing to place value on its native son — a son who caused it quite some grief, a son who made art out of the town’s ugliness.”

But life does go on, and it does end. Jack’s familiars were becoming fewer each year, and those who had grown up inspired by the books were growing in number. This turning of a tide was apparent at the park ceremony. Michelle Hatem of the Convention and Visitors Bureau told Mansfield that the city had noted the success of Kerouac events elsewhere: “He is a draw. There is a large market out there.” Her organization had retained a Charlestown ad firm to create a Visit Lowell campaign, and Jack was included. Sam Bregande, who came up with the visuals and copy, talked of his balancing act: “We were walking the line between is he a hero or is he a bum.”

And now Jack is 100. Everyone in Lowell who knew him is gone, and he is nothing but a hero. This weekend the latest generation of his young pilgrims are partying at Kerouac Park and taking tours of his old Lowell neighborhood. Toasts are being raised at the Worthen, an old haunt of Jack’s. The 125-foot-long teletype scroll of “On the Road” has arrived and is being venerated at the Boott Mills Museum. At UMass Lowell’s Jack and Stella Kerouac Center for the Public Humanities, talks are standing room only. Out at Edson Cemetery, Catholic prayers and Buddhist chants are offered. If you go there, you’ll find not just the original, modest headstone but, adjacent to it, a 3,000-pound memorial inscribed with a replica of Jack’s signature, added to the cemetery plot in 2014.

Earlier this year, Jack’s estate announced the formation of the Jack Kerouac Foundation with the goal of converting the St. Jean Baptiste cathedral into a full-blown institute with a library, galleries, and performing arts center. This will be the city’s ultimate confirmational blessing — its make-up kiss.

All good and just. When you read Jack’s Lowell novels with clear eyes and heart and mind, you realize: He always loved the place even when it didn’t love him. He never ever disowned Lowell. He was proud of Lowell. He celebrated Lowell achingly, as he does here, in a different “Maggie Cassidy” scene: “A thousand things up and down the street, deep, lovely, dangerous, aureating, breathing, throbbing like stars; a whistle, a faint yell; the flow of Lowell over rooftops beyond . . .”

In a letter to an old pal back home, Jack once explained his affection simply: “That is where the road began.”

Robert Sullivan is a veteran of Time, Life, and Sports Illustrated magazines, and the author of several books. His parents were of Lowell; he and his siblings were raised in Chelmsford — from which, by the way, Lowell seceded.

Lowell is commemorating Jack Kerouac’s centenary beginning on Saturday, March 12, and continuing through October. For a complete list of events, visit jackkerouac.com or lowellcelebrateskerouac.org. 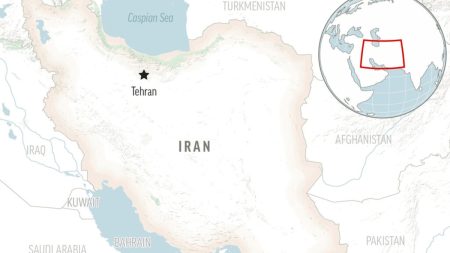 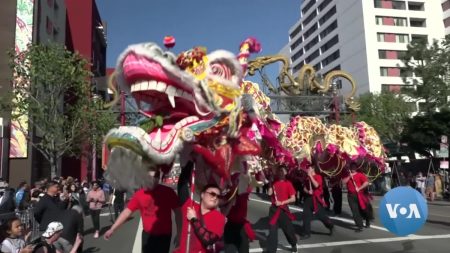 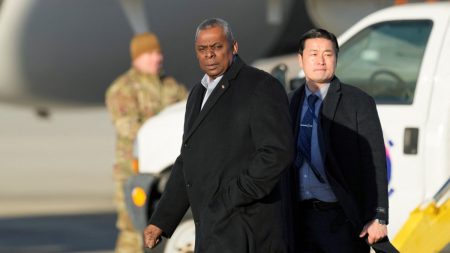 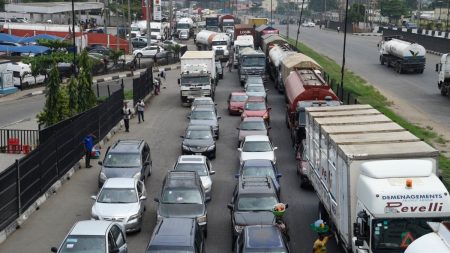 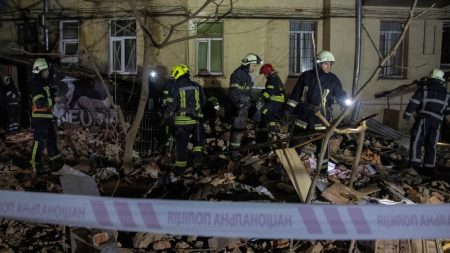 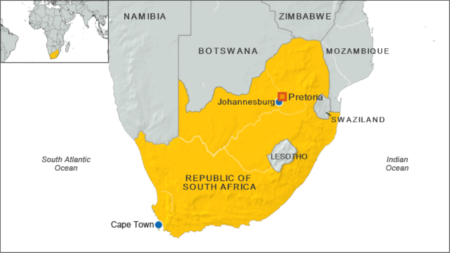 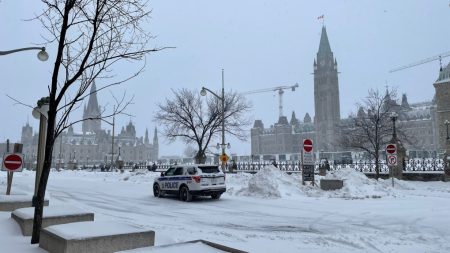