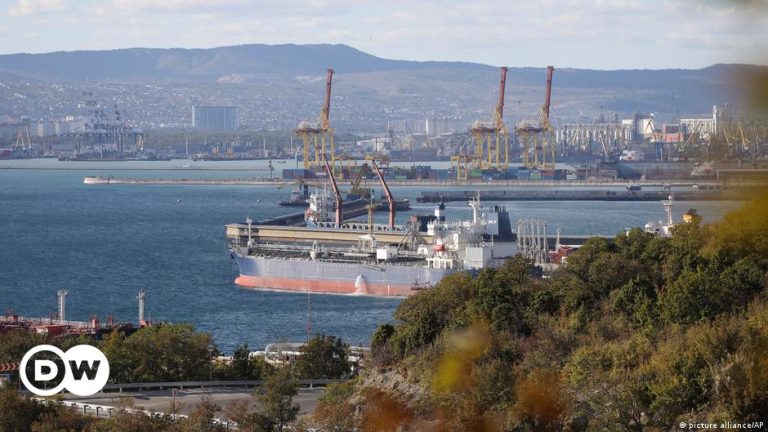 The seven leading industrialized countries of the West (G7) and Australia join the price cap for Russian oil decided by the EU. The deal includes a cap of $60 a barrel, which is expected to come into effect on Monday. The decision follows a promise to “prevent Russia from profiting from its war of aggression against Ukraine,” said the G7, which includes the US, France, Britain, Italy, Japan and Canada; Germany currently chairs the group.

Like the United States, the European Union had already imposed an oil embargo on Russia. It should take effect for crude oil from next week and for oil products in February. Great Britain wants to get by completely without Russian oil by the end of the year. The upper price limit is therefore also aimed at service providers, such as western shipping companies, if they transport Russian oil to third countries such as India. Only if the price for the load is below the cap, they may take action in the future.

Ukraine has received a first shipment of Hawk anti-aircraft systems from Spain. This was announced by Defense Minister Oleksiy Reznikov after a meeting with his Spanish colleague Margarita Robles in Odessa. More Hawk anti-aircraft missiles from Spanish stocks are to follow.

Ukrainian soldiers are already being trained in Spain. The medium-range anti-aircraft system, which originated in the USA, entered service in the early 1960s and has been continuously modernized. Hawk has now been phased out in most NATO countries.

Selenskyj wants to bring back all prisoners of war

Ukrainian President Volodymyr Zelenskyy has celebrated the return of more soldiers from Russian captivity. “It was a special day in a special week,” said Zelenskyj in his daily video speech. At the same time he announced that he would also bring back the remaining soldiers. “We will not leave a single Ukrainian in Russian prisons, camps and ‘isolations’ (detention centers). We think of everyone.” 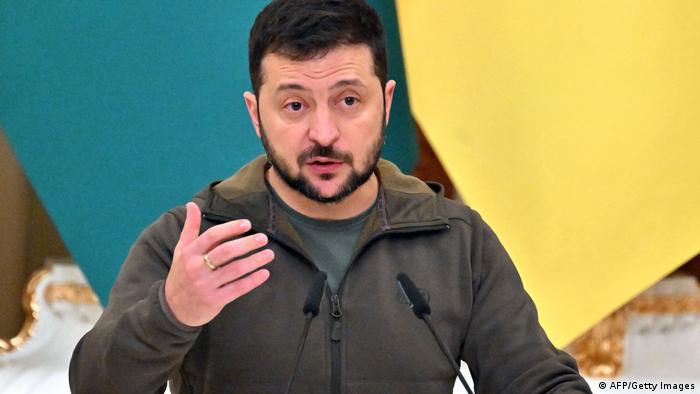 “We think of everyone”: Volodymyr Zelenskyy, President of Ukraine (archive photo)

Selenskyj had met numerous former prisoners of war in Kyiv and awarded them medals. In the past few days, Russia and Ukraine have exchanged fighters several times. According to Zelenskyy, a total of 1,331 Ukrainian soldiers have been released from Russian captivity in this way since the beginning of the war in February.

The struggle for a special tribunal continues

Efforts by the Ukrainian leadership to form a special tribunal to prosecute Russian war crimes with Western support are ongoing, Zelensky said. Work is continuing to gain a “critical mass” of supporters.

Kyiv follows the model of the Nuremberg tribunal, before which crimes of National Socialism were charged after the Second World War. The goal is to hold Russia’s political and military leaders accountable for the war of aggression against their country. “I’m sure there will be a tribunal – there will be justice,” said Zelenskyy.

According to data from the Ministry of Agriculture, Ukraine has exported 29.6 percent less grain in the 2022/2023 season than in the previous season. In total, Ukraine exported 18.1 million tons of wheat, corn and barley. Before that it was 25.8 million tons. Because of the Russian invasion, three Ukrainian Black Sea ports were blocked for almost six months. 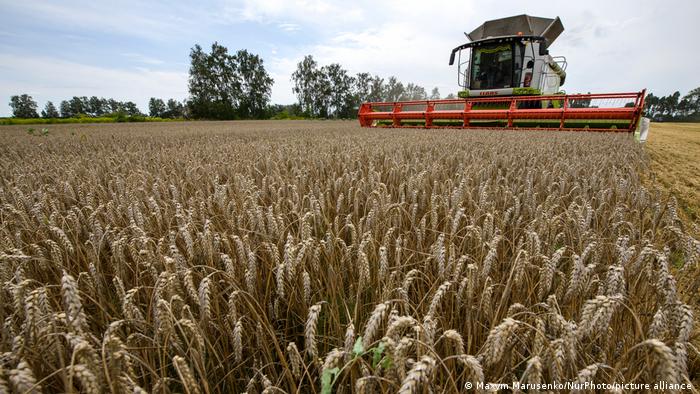 Wheat harvest near the Ukrainian city of Shurivka in August

According to the government, Ukraine could harvest about 51 million tons of grain this year. In 2021, the harvest had reached a record 86 million tons. Since then, however, Ukraine has lost agricultural land and yielded lower yields because of the war.

The leader of the party and parliamentary group of the European People’s Party (EPP), Manfred Weber, expects that significantly more people will flee from Ukraine to EU countries in the coming months. He fears that Germany will experience a “dramatic refugee winter”, Weber told the “Welt am Sonntag”. 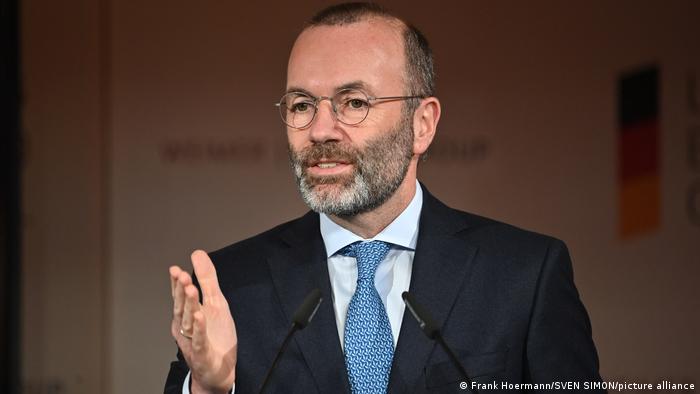 In view of the ongoing destruction of energy infrastructure in Ukraine “by Putin’s regime of terror”, one must be prepared for the fact that more gyms will have to open and school and sports activities will have to be restricted because other capacity is being used to capacity. The Federal Republic was not prepared for this situation and “is currently sleepwalking into a new migration crisis,” explained the CSU deputy leader.

In Latvia, the independent Russian television station Dozhd has been targeted by the authorities for its coverage of the Ukraine war. The National Council for Electronic Mass Media (NEPLP) fined the TV channel €10,000 for showing a map showing Ukraine’s annexed Crimea peninsula as part of Russia. The Russian armed forces were referred to as “our army,” the NEPLP said on Twitter.

The media regulator also initiated proceedings against Dozhd for broadcasting appeals in support of the Russian army. Editor-in-chief Tikhon Dzyadko asserted that the opposition channel was not providing any help to Russia. On Twitter, he asked for an apology for the “misinterpretably formulated” call by a moderator, who, according to the broadcaster, has since been fired. Latvia granted Dozhd a broadcasting license in June after the TV channel shut down operations in Russia in early March due to harsh crackdowns by Russian authorities. 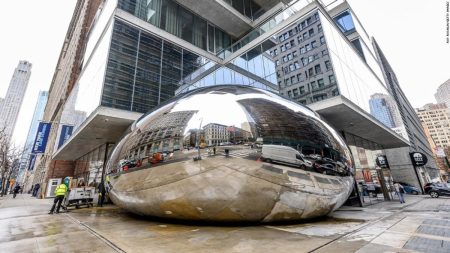 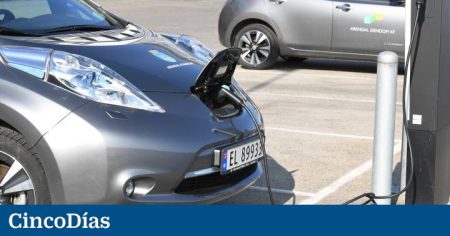 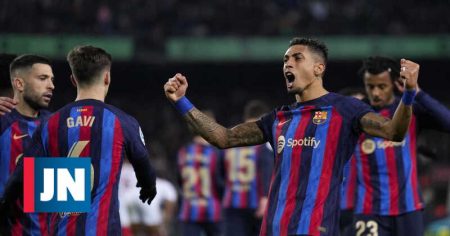 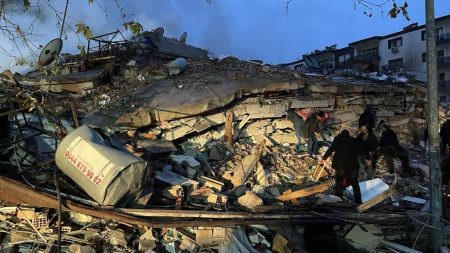 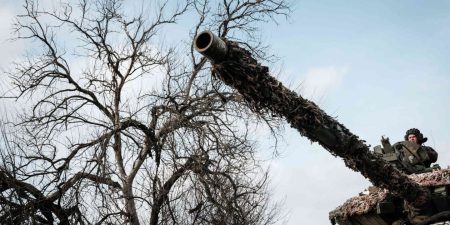 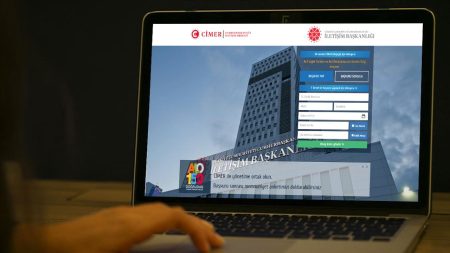 Editor’s note: This article was originally posted by The Art Newspaperan editorial partner of CNN…