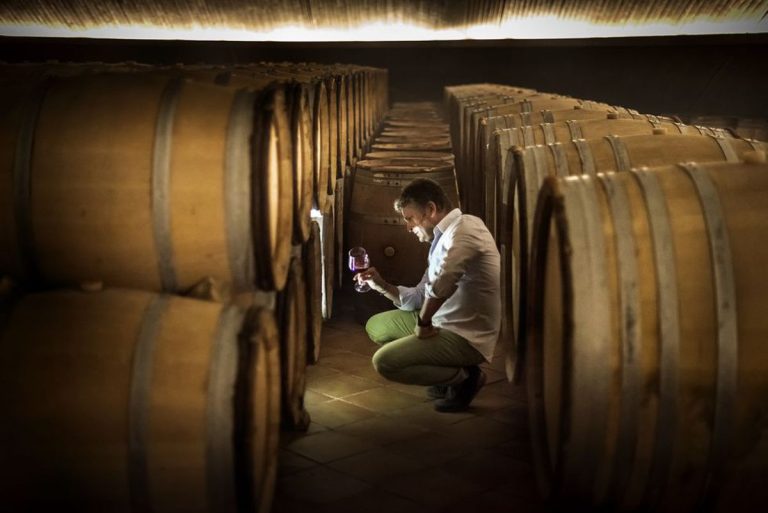 “If your little eyes were / green olives / all night I would be / grind that grind, grind / grind that grind, grind that grind”. Camarón’s flamenco tango is heard in a “fifth-hand” Opel Kadett and 600,000 kilometers by Álvaro Palacios (Alfaro, La Rioja, 1964). One of the best winemakers in Europe. He loves to tinker, according to the first meaning of the dictionary. “Step on the strings of fretted instruments.” He is passionate about the guitar. In these musings he walked at the beginning of the nineties while he traveled -with 25 years- all the Spanish denominations of origin to sell barrels from the Rioja house Magreñán. “It was pure survival,” he recalls. He turns up the radio. He listens to the fingers sliding over the frets of Tomatito and the genius from San Fernando (Cádiz). He starts like water. “Clean goes the river water / like the morning star”. Álvaro completes, while he drives, the song: “My love goes clean, / the spring of your clear source.”

Today messes around, really, with memory.

Álvaro Palacios is the Spanish review of the promised land or his dream. He started selling barrels and now sells his best wines for more than 1,700 euros. He only “competes” with Pingus (Peter Sisseck) or Vega Sicilia (Pablo Álvarez). One of his skills is a seductive speech and an excellent command of languages.

For this reason, perhaps his most mythical harvest is not the grapes but the words. “He is a very honest person and defends, to the point of obsession, that Spain has to produce great wines capable of looking the main French, American or Italian houses in the eye,” describes a friend of his. “Recognition is great, but we need high prices.” It is the conspiracy of someone who travels to 40 countries a year and wants great Spanish wines to cost the same as French or Italian ones.

However, between the cooperage and the 1,700 euros, a life has happened. Childhood was spent, together with his brothers, in Alfaro. The winery where José Palacios, his father, who died in 2000, made wine. Those were the days of the tyranny of volume in La Rioja. But Álvaro did not want to produce 400,000 boxes. He soon envisioned the future. Because he understood that those who led the prices (between 1,000 and 3,000 euros per bottle) were the grand crus of Burgundy and the first cross from Bordeaux. “In Spain there are only three wines with a waiting list and we need at least thirty to be respected,” he laments.

Petrus, Burgundy, Napa. That is Álvaro’s education. He never graduated. He is self taught. “In 1982 I realized that Bordeaux was the center of the world,” he recalls. And of course, he wanted to elaborate. His mentor, René Barbier, and three friends show him the Priory and its bluish slate terraces. He started working in 1989 in Gratallops (Tarragona). On weekends they make —with the money from the barrels— some 2,000 bottles of Finca Dofí. “It was crazy; there was no rest for her, ”admits Palacios. However, the first came from him receiving 94 points from Parker. An achievement for a 25-year-old boy. Later he would launch, his, today, essential Les Terrasses.

Another teacher, a good friend, Mariano García, congratulated him:

But the wine that brought him to the river was L’Ermita. The 2013 vintage already had 100 Parker points. It comes from a farm in the Priorat with 1.5 hectares of old vines and 1.4 with vines rooted in 1996. The Catalan property occupies 35 hectares and during 2024 more vineyards will be planted in the area of ​​L’Ermita. “I am a country man,” he repeats, but also a businessman. He assembles exclusivity and affordable productions. He makes, for example, 240,000 bottles of Camins del Priorat (about 20 euros).

However, the vines sometimes play dice. Ricardo Palacios, Titín, Álvaro’s nephew, who has trained in Château Margaux (France), was returning from a wedding in 1999. The car was passing through the Corullón region of Leon. Green lands, raised to the sky. Ricardo, at the age of 28, called his uncle: “This is incredible!” And a glow of moonlight / lit up your eyes, he must have thought. Vineyards on slopes at impossible heights, where only work animals entered and the grapes had to be brought down in backpacks. Crazy. Soon his Pharaoh (mencía) got another 100 points from Parker. It is the name with which in the Eastern Rioja the vat of the best new wine was called. Although working those plots is so complicated that they have sold some of the 35 hectares. “But the best ones are kicked by Ricardo and I,” he clarifies. For now, his flagship, Pétalos del Bierzo, distributes 350,000 bottles. Everything in a winery (Descendientes J. Palacios) of 16 million euros drawn by Rafael Moneo.

The equilateral triangle of land and vineyards closes in La Rioja. In Alfaro. At the Palacios Remondo family winery, which he has been in charge of since the disappearance of his father. He wanted to invest 18 million in a new one, but he has given up fearing that the vineyards will end up with barbed wire around wind farms. Although, above all, two wines come from there. La Montesa, a Garnacha with which he makes 620,000 bottles, and Quiñón de Valmira, a single-plot wine —about 400 euros— hand in hand with his daughter Lola. She has just turned 25 and since 2019 she has been training in the Romanée-Conti, other great domains and the University of Dijon in (Burgundy). “In principle it will be my natural relief. But without tension, the important thing here is to be happy”, comments Álvaro Palacios.

Every winemaker has a different geography than his own where he dreams his vines grow. Álvaro speaks of Jerez as of an impossible lover. “Crafting there came with Peter Sisseck was a dream. But I can’t anymore. Three regions is a lot”. About 180 hectares. A million bottles come out of Alfaro, and are accompanied by Priorat (380,000) and Bierzo (400,000). “It is a very demanding profession, you have to travel, be in the vineyards, attend visitors”, he recounts.

But today the market is urgent. Along with his friend Quim Vila, the main Spanish distributor, he was the first national winery to sell “advanced”. A formula similar to the Bordeaux premier. The dealer tastes the wine in the barrel and sets a price and quantity. Although perhaps his great contribution is to replicate the Burgundian model of municipal wine and parcel wine, the Gran Viña Clasificada, and this is how it already works in the Bierzo and Priorato designations of origin. Against the tradition of blend (mixture), Palacios defends that the great classic wines, for the most part, are those that come from a recognized vineyard, whose name must be reflected on the label to attest to its origin. A revolution. Paco de Lucía also recounted that Camarón was “a flamenco revolutionary”.

Álvaro starts the Opel Kadett. Tune in to “light of my soul, divine / that my heart illuminates me. / My happy body walks / because of you it carries the illusion “. Oh, like water, oh, like wine. 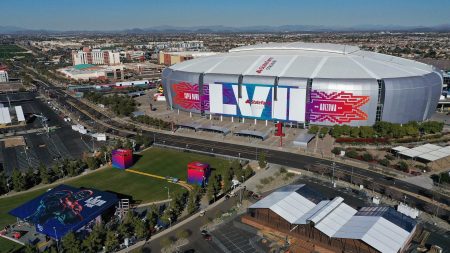 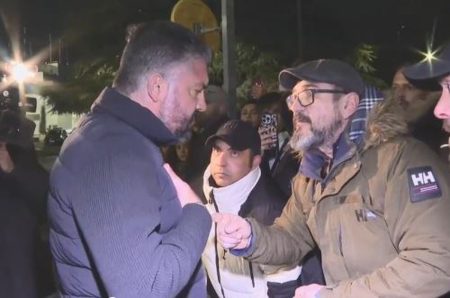 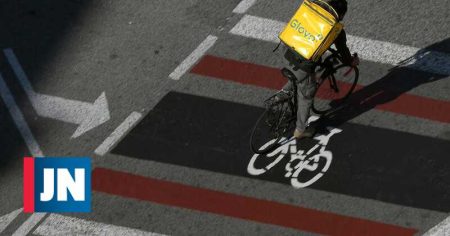 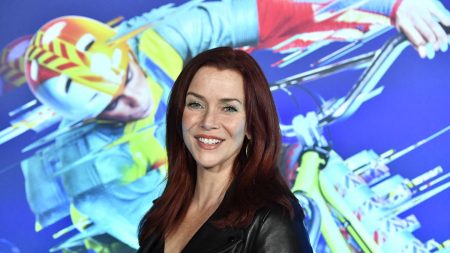 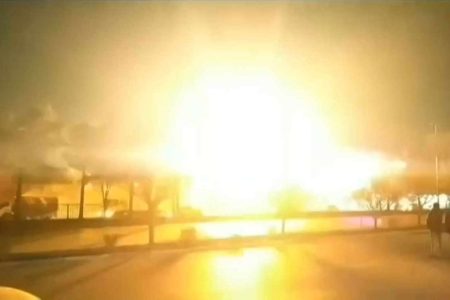 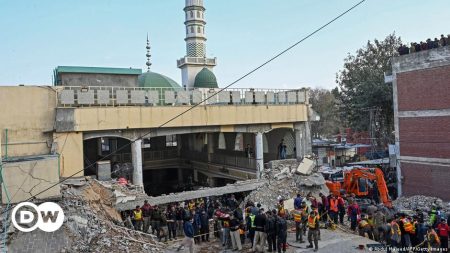 (CNN Spanish) — After the games for the Conference Championships, the NFL already have their…