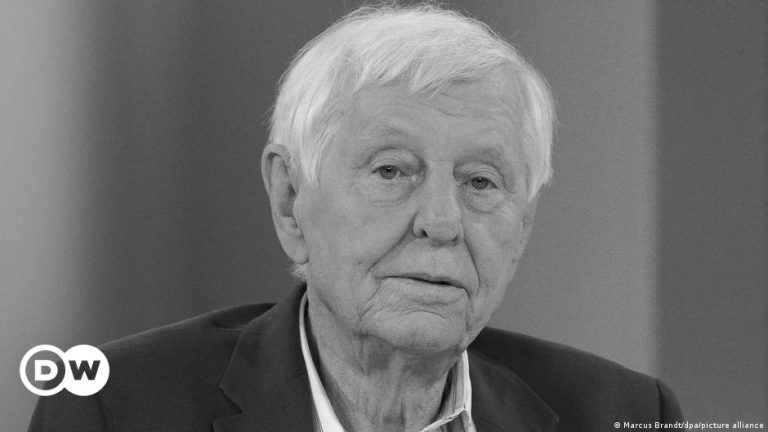 Hans Magnus Enzensberger was a passionate smoker. He had that in common with ex-Chancellor Helmut Schmidt. Above all, however, he was one of the most important intellectuals in Germany: for more than 60 years he provided the international literary world with thoughtful and poetic sophistry from German lands.

He was born on November 11, 1929 as the eldest of four sons in Kaufbeuren in the Allgäu. The father was a telecommunications technician, the mother a teacher. Even as a boy he tried his hand at literary finger exercises. He enjoyed that more than the military drills of the Hitler Youth, from which the defiant boy was expelled. At the age of fifteen he was drafted into the Volkssturm in 1944, but was able to desert shortly before the end of the war. “I was lucky with my parents. They weren’t resistance fighters, but they weren’t Nazis either. That gave me a different view of the so-called National Socialist community from the start,” Enzensberger said in retrospect.

In 1949, Hans Magnus Enzensberger began studying literature and studying languages. In 1955 he received his doctorate in philosophy. He also published his first texts and became a member of “Group 47”. The participants in the legendary writers’ meeting came together for twenty years from 1947 to renew German literature after the end of the Second World War. A letter published in 2018 between Enzensberger and the poet Ingeborg Bachmann, who received the Group 47 prize in 1953 for poems from “Die gestagete Zeit”, bears witness to the debates of that time.

Post-war Germany soon became too narrow for Enzensberger. His storm and stress years drove him into the world. Extensive trips to the USA, Mexico, Norway and Italy gave him the internationality that was important to him throughout his life. In 1957 his first volume of poetry, “Defense of the Wolves Against the Lambs”, was published. Three years later he became an editor at the renowned Suhrkamp publishing house. In 1965 he founded the “Course Book” – required reading and opinion forum for intellectual circles and revolutionary students who took to the streets in the 1968 period. Enzensberger got involved in the political debates of the time in a powerful and opinion-forming manner.

Poems from this period read like stations in German cultural history. His first volume of poetry caused quite a stir when it was published in 1957. Like many of the politically committed writers of the early Federal Republic, the young Enzensberger set out to shatter the heaviness of the existential post-war poetry. His answer was: light ironic poetry and pointed titles like “Discount Stamps”, “Model Country/Murder Pit” or “It’s Up, But Not Forward”.

As a writer, he approached his subject areas full of cultural criticism – with “skeptical sovereignty”, as he once put it in love with himself. In 1963 he received the Georg Büchner Prize – also for this attitude. Other prestigious awards followed: Heinrich Böll Prize, German Critics’ Prize, Ludwig Börne Prize. In 2015, Enzensberger received his last award, the newly created Frank Schirrmacher Prize. This prize for “outstanding achievements in understanding our current affairs” is a homage to Frank Schirrmacher, the co-editor of the Frankfurter Allgemeine Zeitung (FAZ), who died young. After publishing his only novel (“The Short Summer of Anarchy”), Enzensberger settled in Munich in 1979 as a freelance writer. In 1980 he embarked on a publishing adventure with a friend, the Chilean writer Gaston Salvatore. However, the ambitious literary journal “TransAtlantik” only survived for two years.

In 1985, together with the book artist Franz Greno, Enzensberger founded the book series “The Other Library” in the left-hand Eichborn publishing house, in which he lovingly selected and printed classics and forgotten treasures as well as first editions by authors from other cultures. Today, these volumes are among the bibliophile treasures on the shelves of select book collectors. With a publishing instinct for talent, he brought literary reports to the German book market for the first time. Polish author and journalist Ryszard Kapuscinski is among his discoveries. But he also had a decisive influence on the careers of renowned writers and poets such as Raoul Schrott, Irene Dische, Christoph Ransmayer and WG Sebald.

After a long break in production, Enzensberger returned as a poet in 1991 – with the volume of poems “Zukunftsmusik”. As an essayist, he continued to get involved in current debates, commenting on the Iraq war, genetic research and controversial intelligence tests. His text “In the maze of intelligence. An idiot’s guide” was followed in 2007 by a public discourse across all the feuilletons. In 2008 Enzensberger returned to his roots: with feather-light love poems. “The Watermark of Poetry” itself becomes a classic of world literature. He preferred to write “stories with clouds”, as he noted.

With “Tumult” he then published his first text with slightly autobiographical traits in 2014, as he said in an interview with Der Spiegel. “Confessions are not my strong point. Far be it from me to present my soulscape to the public.” He continued the soliloquy of the 85-year-old with his young alter ego, which he began in “Tumult”, in his autobiographical photo book published in 2018. While the first volume focuses on the years 1967 to 1970, “A handful of anecdotes” (2018) goes back further. The dialogue with “M.”, the young self, is about his childhood and (pre)war experiences. According to the Süddeutsche Zeitung, despite further personal insights, Enzensberger remained true to his credo of “not letting your cards be looked at.”

The fact that Enzensberger published not only in his own name, but also under fictitious names fits in with the principle of camouflage. His best-known pseudonym was that of Andreas Thalmayr, under which he published an entertaining handout for prospective authors (“Writing for eternal beginners”) in 2018 and the prose volume “Louisiana Story” in 2019. Two of his pseudonyms are even female: Elisabeth Ambras and Linda Quilt. The former was also still active in literature in 2019: she published “Fremde Secrets”.

The already extensive work of Hans Magnus Enzensberger thus includes a few more titles that were not published by Suhrkamp but by Hanser Verlag or Cupido Books. Eventually his bibliography will have to be supplemented with further titles. Who knows how many other pseudonyms Enzensberger still uses or has used that have not yet been assigned to him. As is well known, it is such a thing with code names.

It is known from his family life that Enzensberger was the father of two daughters: Tanaquil, born in 1957, came from his first marriage to the Norwegian Dagrun Kristensen, while Theresia, born in 1986, came from his third marriage to the journalist Katharina Bonitz. In his second marriage, Enzensberger was married to the Russian Maria Makarova in the late 1960s. About this episode in his life he said in his autobiographical work “Tumult” that it resembled a “Russian novel”.

Enzensberger has now died in Munich at the age of 93, as his publisher Suhrkamp announced on Friday. 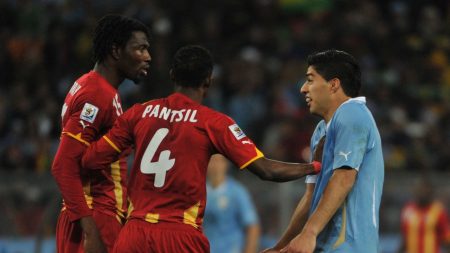 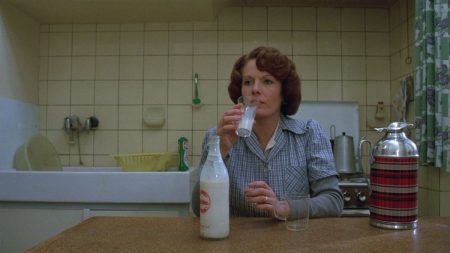 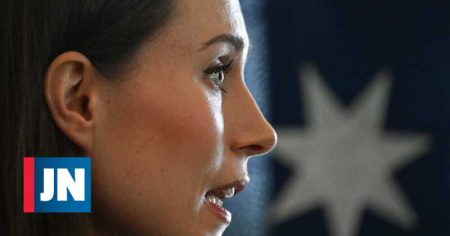 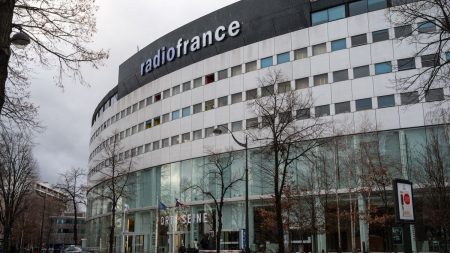 The House of Radio and Music completes its rehabilitation, “the end of a historic project” 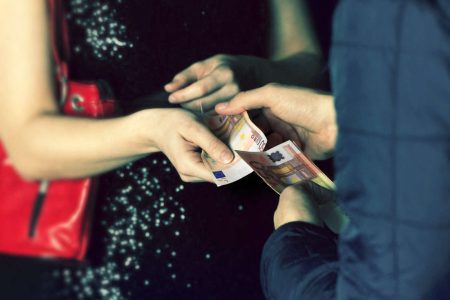 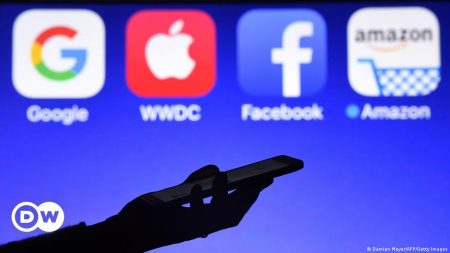 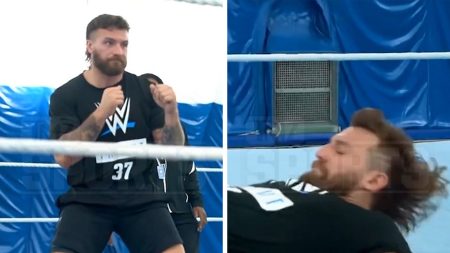