Call for indigenous resistance: Milo Rau’s Antigone in the Amazon 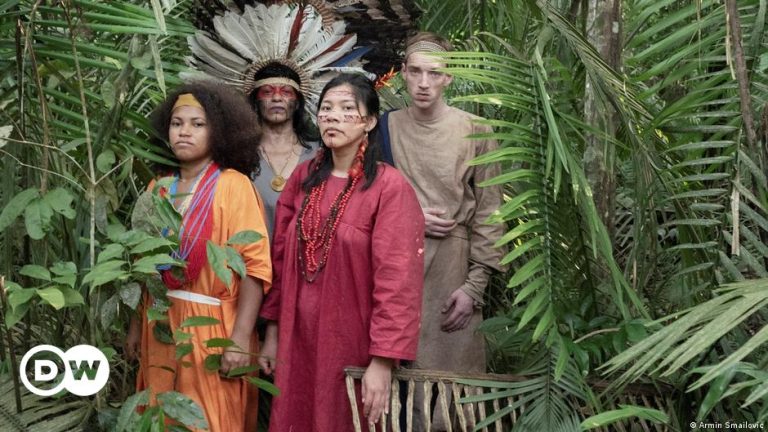 Did the Greek poet Sophocles have any idea how up-to-date his play would still be around 2,400 years after its premiere? “Antigone” is the story of the tyrant Creon, who wants to keep his power at all costs. The titular protagonist defies him – convinced that she is doing the right thing before the gods. Things don’t end well: Creon wants to have her buried alive, but Antigone escapes judgment by committing suicide.

Antigone in the 21st century

Playwright and director Milo Rau brought Antigone into the present. The Swiss is known for his critical and radical work, has brought the genocide in Rwanda to the stage as well as the inhumane situation in the southern Italian refugee camp Matera, where he set the Jesus film “The New Gospel”. So now he’s dedicated to the destruction of the Amazon. Indigenous actress and activist Kay Sara stars in his modern version of Antigone – flanked by members of the “Movimento dos Trabalhadores Sem Terra”, the largest landless movement in the world. They are fighting for a piece of land that has belonged to the big landowners in Brazil since time immemorial, and for a more just society.

Samples of Antigone in the Amazon

So it’s about greed for profit, the overexploitation of nature and displacement in this modern Antigone, for which Rau and his team traveled to the Brazilian state of Pará in 2020. At that time, Jair Bolsonaro had been in office for a year. He had the government organization “Funai” responsible for the protection of the indigenous people removed from power and put a climate change denier at the head of the Ministry of the Environment. He promised the landless movement that he would welcome them with a “loaded gun”. Rau saw this as a blueprint for a new edition of the Sophocles classic. 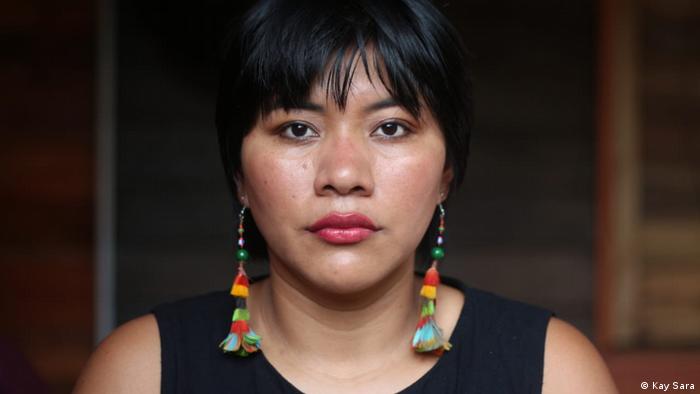 The production was actually supposed to premiere in April 2020, on a street in the Amazon where police officers once murdered numerous landless people – But then Corona intervened. The production was then supposed to be shown in Vienna, but instead Kay Sara gave an impressive speech online: “I would have played Antigone, who rebels against the ruler Creon … The choir would have consisted of survivors of a massacre by the Brazilian government of landless people. We would have performed this new Antigone on a busy road through the Amazon – those forests that are on fire. It would not have been a play, but an action. Not an act of art, but an act of resistance: against the state power that is destroying the Amazon .”

Kay Sara comes from the village of Lauaretê, she grew up in the two-million metropolis of Manaus, the capital of the Amazon. On her father’s side she belongs to the third clan of the Tariano people, the Clan of Thunder. She is a Tukana on her mother’s side, her name Kay Sara means “who cares about others”.

And the indigenous people are very worried about their homeland. “The forests are burning in the Amazon. The problem is not that you do not know that our forests are burning and our people are dying. The problem is that you have become accustomed to this knowledge,” is her message to the world. “A few years ago, the tributaries of the Amazon dried up for the first time in living memory. In ten years, the Amazon ecosystem will collapse if we don’t act now. The heart of this planet will stop beating.” 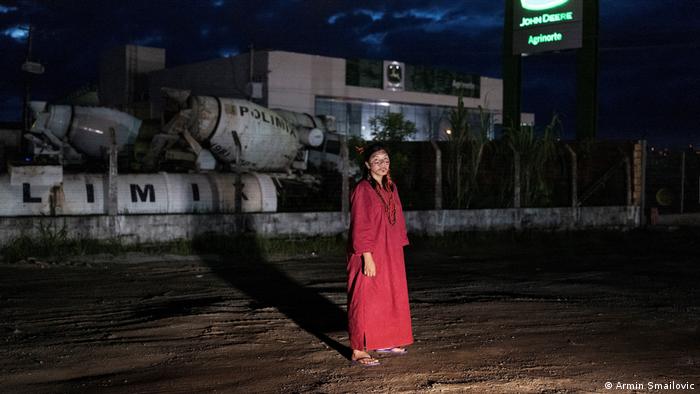 Sara became an actress so that her voice would be heard when she spoke of her people – for centuries others have spoken of the indigenous people, beginning with the colonizers. “Now it’s time for us to tell our own story,” she says.

She is repeatedly asked why she left her village, this beautiful, wonderful spot in the Amazon, she tells DW and complains that people have the wrong image of an idyll in the forest. “It’s not such a beautiful, wonderful place. It’s a colonized place marked by violence. A place where indigenous women have been raped, indigenous people have been massacred and murdered.”

The place where Kay Sara now feels at home is in art. “There I am heard, there I become visible,” she says. “Everyone is used to indigenous people being involved in politics, but art allows me to convey things more sensitively. I think people then listen more.” 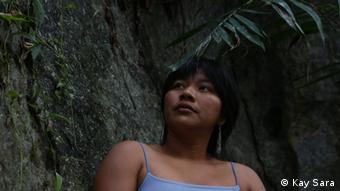 Kay Sara loves the sounds of the jungle

So also when the rehearsals for “Antigone in the Amazon” and her fight against the tyrant Creon finally start again after the pandemic. From Kay Sara’s point of view, not only Bolsonaro was a tyrant, she told DW. “We were always oppressed, always below all the other peoples. So for us all governments were Creon.”

Now the 27-year-old is hoping things will get better under new president Luiz Inácio Lula da Silva. However, during his previous term in office (Lula was already president from 2003 to 2011, editor’s note) he did not do much for the indigenous peoples – mainly because he did not allow inviolable territories to be marked out for the indigenous people and there were repeated deadly conflicts around the lands in the Amazon.

Despite this, Kay chose Sara Lula. He promised to work for the environment and for minorities, she says. She sees it as a good sign that the new president has appointed Guajajara chief and environmental and human rights activist Sônia Guajajara as Minister for Indigenous Peoples – a post unprecedented in Brazil’s history. “It’s a big step forward, four years ago we indigenous people didn’t have anyone in this position of power. Now I think: ‘We can continue to have hope’.” 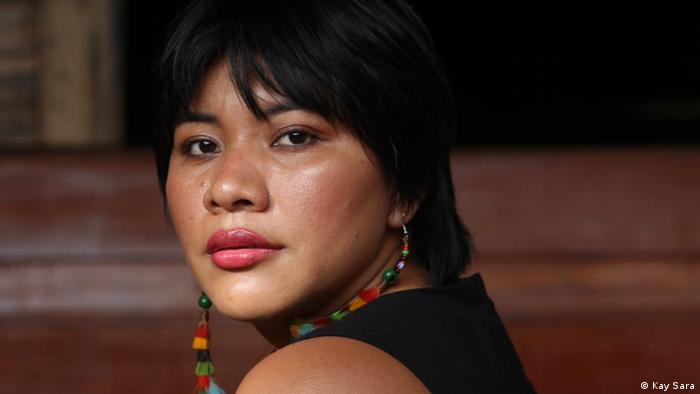 As a modern Antigone, Sara Kay wants to be part of the process of change and stop the further destruction of the rainforest by greedy politicians and big landowners. “This madness has to stop. Let’s stop being like Creon. Let’s be like Antigone. Because when lawlessness becomes law, resistance becomes duty.” The world can learn from indigenous peoples how to live in harmony with nature. You just have to want it. 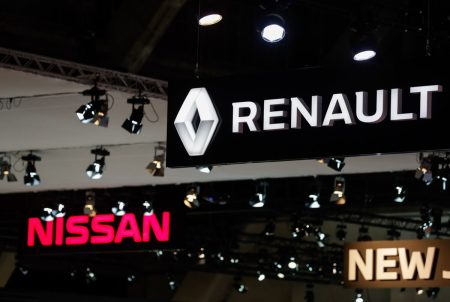 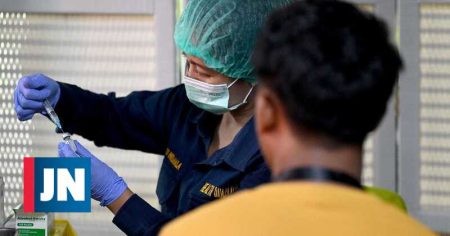 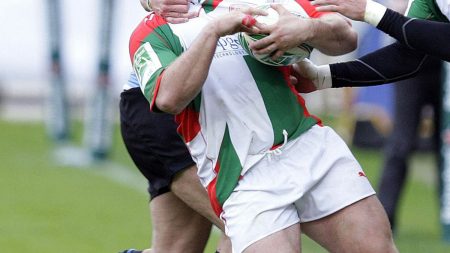 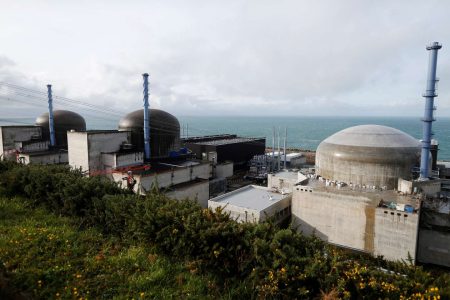