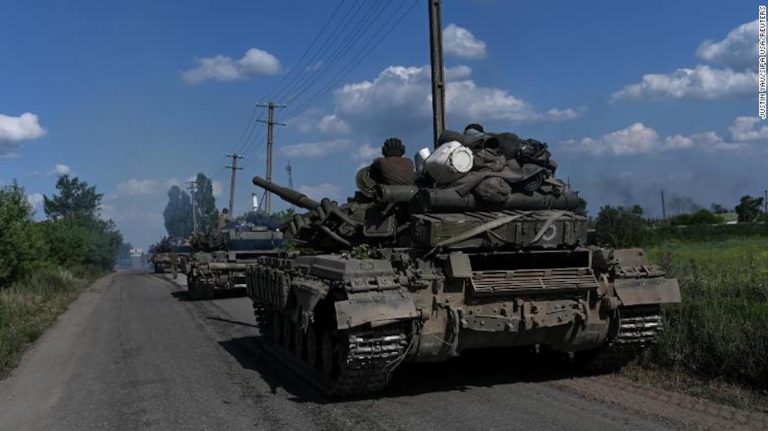 (CNN) — Russian forces are arguably enjoying their best moment since the invasion of Ukraine began four months ago.

Russia has removed most of the Ukrainian defenses in the Luhansk region, consolidated control of a belt of territory in the south, improved its logistics and command structure, and mitigated the effectiveness of Ukrainian attack drones.

In the past week, the Russians have been rewarded for their intense, some would say ruthless, bombardment of the remaining parts of the Luhansk region held by Ukrainian forces, which have ultimately ceded Severodonetsk and lost territory south of Lysychansk.

The head of the self-proclaimed Luhansk People’s Republic, Leonid Pasechnik, predicted last Friday that Russian forces would completely encircle Lysychansk in two to three days. So far they haven’t, but the city is in imminent danger.

Russian forces have also stepped up attacks in the Donetsk region, moving a little closer to the belt of industrial cities in the region that stretches south from Sloviansk through Kramatorsk to Kostiantynivka.

In Lysychansk and many of the towns studded along the winding front lines that cut through five regions, Ukrainians may well face a repeat of what happened in Severodonetsk, where they were shelled into retreat. There was simply nothing left that could be defended.

The immediate dilemma for the Ukrainian military is whether to remain committed to the defense of Lysychansk, at the risk of losing troops and weapons if the city is surrounded, and whether Ukraine’s political leadership will order a withdrawal to new defensive lines.

If so, can the units now in the pocket of territory held by Ukraine be withdrawn without being decimated? Large sections of the road from Lysychansk to Bakhmut are littered with debris, and Russian units are closing in on Bakhmut.

It appears that the Russians are currently making no further progress from Izium in the north towards Sloviansk, despite repeated attempts to break through the Ukrainian lines. Still, Ukrainian officials warned on Sunday that Russian forces were “building up” north of Sloviansk. The Russian military can quickly mobilize a handful of battalion tactical groups located across the border.

Some Russian military bloggers are not swayed by optimism. Yuri Kotyenok, for his part, believes that the Russian forces do not have enough manpower to surround the heavily fortified cities of Slovyansk and Kramatorsk.

In the long run, the Ukrainians’ best hope is that as they deploy more Western weaponry capable of destroying Russian artillery, rocket systems and command posts far behind the front lines, they can gradually reduce the deficit. of firepower.

But weapons like the HIMARS rocket system, which has a range of 70 kilometers in the configuration supplied to Ukraine, require several weeks of training. And in Donbas, several weeks is a long time given the current pressure on Ukrainian forces.

That pressure is even greater because many of the units deployed in the region are among the most experienced Ukraine has. They have been worn down by the sheer intensity of the Russian bombardment and are not easy to replace.

And the Ukrainian army has already lost in combat some of the weapons that were thrown at the front. The Russian Defense Ministry claimed last week that Russian strikes had already knocked out some of the US-supplied M777 howitzers.

The Russian offense has also learned from the mistakes made during the initial and unsuccessful drive into Kyiv. Air defenses, primarily the S-300, have been deployed to provide broad rather than local coverage, making Ukrainian attack drones less effective. Anecdotally, it seems that there have been fewer videos recently posted on social media showing Ukrainian fighter jets in action.

The Russian hierarchy has also been reshuffled, with new commanders for the southern and central forces committed to Ukraine under the overall leadership of Deputy Defense Minister Gennady Zhidko.

The Institute for the Study of War said that “the Russian high command is reorganizing and restructuring the military command to better organize operations in Ukraine.”

It is perhaps no accident that the first reported visit by Russian Defense Minister Sergei Shoigu and senior commanders to the forces involved in the “special military operation” came as the tide seemed to be flowing in Russia’s favor. Victory has a thousand fathers, but defeat is an orphan.

Rob Lee, a Russian military analyst at King’s College London, noted that Zhidko sat next to Shoigu in meetings during his visit. Lee recalled that Russia apparently “did not have a commanding general in the initial phase (in March), violating the principle of unity of command.”

The big question is whether Russia’s success in deploying Ukrainian defenses in Donetsk could encourage a further expansion of its war goals beyond the special military operation, perhaps an effort to maintain momentum all the way to the Dnipro River, which it essentially divides Ukraine in two.

That is the worst case scenario for the Ukrainians and for now it remains a distant possibility rather than an imminent risk. Ukrainian forces continue to defend some 12,000 square kilometers of Donetsk alone (an area the size of Connecticut).

Despite Ukraine’s setbacks in recent weeks, there is still plenty of evidence that Russian armor is also suffering from a high rate of wear. Western officials believe some battalion tactical groups have been reconstituted.

And there may be a silver lining for Ukraine in their battlefield setbacks: they advocate an accelerated supply of weapons from the West just as the G7 leaders meet.

One of President Zelensky’s most committed backers, Britain’s Prime Minister Boris Johnson, is aware of the risk of “Ukraine fatigue” as the battlefield appears to turn in Russia’s favour.

“The first weeks and months of the Ukrainian resistance have been characterized by an overwhelming global unity and a huge increase in support for the Ukrainian people,” he said as the G7 in Germany kicked off.

“It is essential that this is sustained in the long term. Russia’s behavior and the atrocities that Putin is committing must not be normalized in the eyes of the world.”

US President Joe Biden made a similar call. “We have to stay together. Putin has been counting from the beginning that NATO and the G7 would somehow split up, but we haven’t and we won’t,” he said.

There is, for now, no sign that either side is going to blink, especially since the stakes are so high.

Hal Brands, writing in Foreign Affairs, said the conflict “has highlighted and deepened today’s fundamental global divide: the clash between advanced democracies that are committed to the existing international order and Eurasian autocracies that seek to overthrow it.”

But for Putin, this war of choice is a (large) part of an existential struggle against US hegemony.

The Institute for the Study of War concluded that the Kremlin “intends to carry out a protracted conflict in Ukraine and seeks to advance mobilization efforts to support long-term military and political objectives in the occupied areas of Ukraine.” 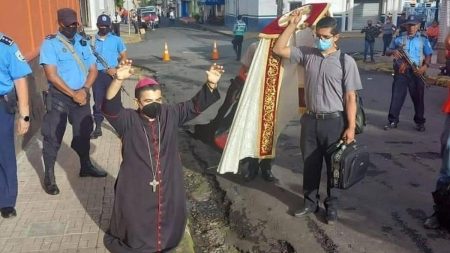 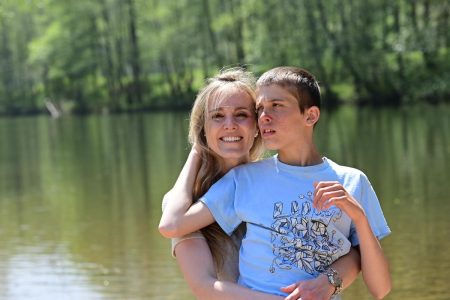 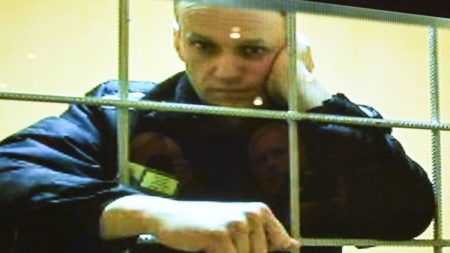 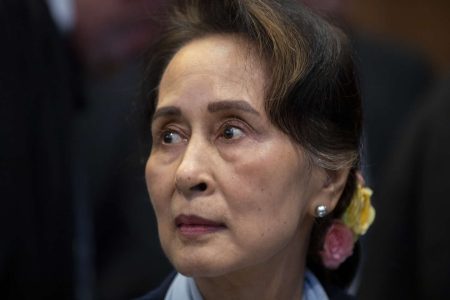 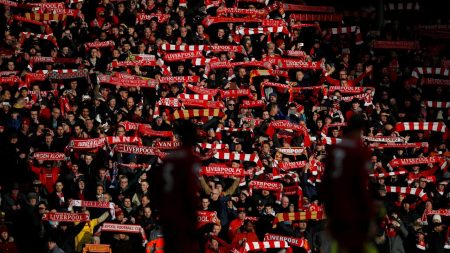 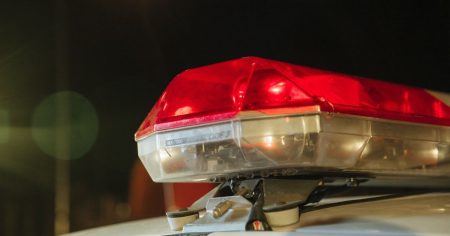 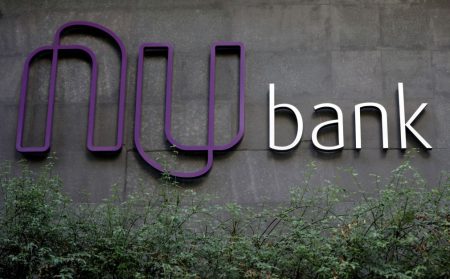 O Nubank announced this second-fair (15), adjusted net profit of US$ 17 million in the…