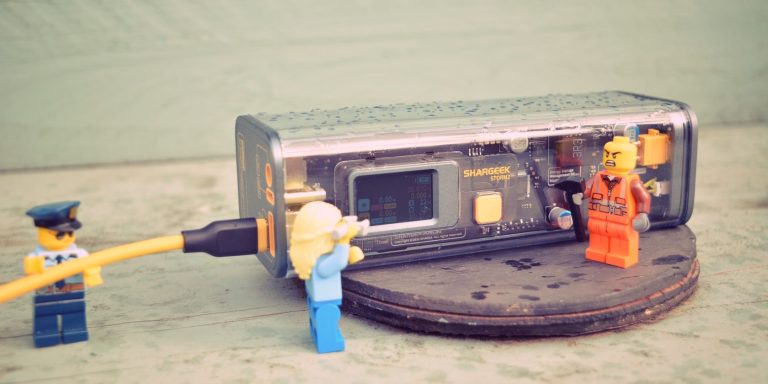 Lightweight and small enough to carry, the Shargeek STORM2 looks amazing and can recharge to all four ports simultaneously. The Energy Management OS meanwhile makes it easy to check on the performance of each cell and how long connected devices have until full charge.

The lack of additional USB cables and a power adapter is disappointing, but this is a power bank that can recharge almost any portable device, from drone to action cam to laptop, or even a portable console like the Steam Deck.

While smartphone batteries tend to last longer than they did, the chances are you’ve been caught short. Slow, bulky portable battery chargers are an option, but they’re usually pretty dumb, with little more than an LED to tell you they’re fully charged.

What if you had a portable battery that gave you all the information you needed about its charge, the device it is charging, and also looked pretty unique in the bargain?

The Shargeek STORM2 is a cyberpunk-style power bank that lets you power and recharge almost anything with a USB port.

Note: All Shargeek products will be 20% off on October 11th and 12th, via Amazon or the official website! No code needed.

Why Use a Portable Battery Charging Device?

Over the years, power banks have become increasingly portable. These days, they’re small enough to slip in a bag or deep pocket, and can offer multiple recharges.

Sure, you could just use your devices sensibly and recharge them when you’re asleep, but who wants to do that?

After all, using some devices means that they’re going to run out of juice before you get them back home. While that is less likely to happen with phones, what about tablets, earpods, or even portable game consoles?

With a portable power bank you can be reasonably confident that you’re not going to be left out of power. Just make sure it is charged and take it with you.

What’s in the Box?

Arriving in a modest black box, the Shargeek STORM2 is bundled with a tote bag, and yellow USB-C to USB-C charging cable.

That is all you get.

While sporting a DC input, the power bank doesn’t ship with one, so you’ll have to source your own. (See below for specs). Fortunately, it can also be charged through a dedicated USB-C input. This means that the power bank must be charged using a suitable USB power supply. It will work with older USB adapters, but for the best results you need something compatible with fast charging protocols.

The meter-long USB-C charging cable feels heavy-duty, good enough to last at least as long as the STORM2 itself. Sadly, this is the only cable included with the device, which is a bit disappointing.

Unboxing the Shargeek STORM2, I was immediately drawn to its design.

It sits in a transparent case, with a sizeable proportion of the electronics on show. This elevates the power bank above the average portable recharger, giving it a more industrial feel.

But that is not all.

Once powered on (everything is controlled via that yellow button), the display is immediately evocative of the design language seen in Star Trek: The Next Generation’s “LCARs” operating system. This is referred to as a “sci-fi display screen” and rightly so.

That futuristic, colorful user interface might not be touch-sensitive, but offers enough to offset the visible inner workings of the STORM2. Whether laying on its side or standing upright, the Shargeek STORM2 is easily the most striking power bank I’ve ever seen.

Let’s be honest, these devices are usually pretty dull; this one completely rewrites the rules.

As noted, the futuristic display is provided to help you charge your devices. This is controlled via that single yellow button, and is your interface with Energy Management OS (or EMOS).

The colorful Star Trek-inspired interface can be cycled through with a quick press of the button. Here, you can switch between the main user interface (referred to in the guide as the “top GUI”) and the other options (the “second-level GUI”).

So, the top GUI displays a summary of everything else, such as voltage, current, power, and temperature for each port, input and output status, and battery power and temperature status.

In the second-level GUI, meanwhile, you can configure DC output, view battery information, temperature display configuration (between Celsius and Fahrenheit), set a timer to view the charging time for specific devices, configure the display sleep time-out and orientation, power off, and exit to the top GUI. Each option you attempt to change is accompanied by a warning box, explaining the consequences.

Shargeek should be applauded for EMOS. It’s the first time I’ve seen such an OS on a power bank, and it’s surprisingly easy to use. Although the font on the main battery icon is a little light (a bolder font would have helped), it’s otherwise perfect. The wide use of colors in this view helps relay the necessary information and while the second-level screens are monochromatic, it is simple to discern what you need to know.

Inside the see-through case are eight 3200mAh (25600 mAh in total) lithium-ion high-capacity Samsung battery cells. These are mounted on power management circuitry with four ports for charging and recharging your devices.

Power input (for charging the STORM2) is via either DC5525 input or USB-C. Both are dual-purpose, capable of power output mode with the correct cables. DC output is adjustable, from 3.3 to 25.2V.

Meanwhile, there is a second USB-C port and a single USB-A port. The dedicated USB-C output port handles 100W and the PD 3.0 (PPS) Fast-Charging protocol. Where this is supported by other devices, the STORM2 can recharge mobile devices far quicker than you would expect.

The Shargeek STORM2 is also airline safe. This means that it passes the rules for taking it with you on a flight.

How Portable Is the Shargeek STORM2, Really?

Weighing in at 450g, the STORM2 is helpfully designed so that it can be easily carried. You can walk around with it in your hand, slip it into your backpack, keep it in the car door pocket, maybe even squeeze it into a handbag.

It’s not too dissimilar in shape and size to a single 1kg hand weight. We took it away for the weekend to keep our mobile devices charged and the STORM2 did exactly what it needed to do, and we didn’t even use 50% of its full charge. In short, it’s ideal for any situation, whether standing in the corner of your desk, laid in a drawer, whatever.

You probably wouldn’t want to take it out in the rain, though.

What You Can Charge and Power With the Shargeek STORM2

Shargeek claims you can charge various devices multiple times with the STORM2. A single charge is designed to charge an iPhone up to 7 times, an iPad up to 2.5 times, and a Macbook up to 1.2 times. Drones, GoPros, and other USB-compatible DC devices can also be charged.

My own testing involved a set of USB-micro headphones, a USB-C phone, a USB-C tablet, and my Steam Deck. All of these were recharged (some of them more than once) from a single charge. In fact, it wasn’t even a full charge of the STORM2, as out of the box it was at around 86%.

There are of course things that you can’t charge. If your notebook doesn’t have a USB to lightning port or isn’t capable of receiving power over USB-C, then naturally this isn’t an option for you.

I haven’t been able to test the DC-out functionality of the device. This would require specialist DC-to-DC cabling which I don’t have.

How Many Recharges Can You Get From a Single Charge?

Charging stuff up, in reality, is a bit different to what is advertised. Quite simply, with a portable, handy device like the STORM2, you kind of want to take it almost anywhere. Within hours of arrival the device has become a fixture in the car, recharging my three children’s tablets and earpods individually and in some cases, at the same time.

Recharging the power bank, however, can take a while. I discovered in testing that the super-fast 1.5-hour recharge that is boasted will only work with the included cable and a USB-C charger. This is something you might not own, so it is worth getting hold of one. The preferable option is a Shargeek charger, but this will set you back an additional $39.99 for the cheapest option (which resembles an old-school Apple).

Take the STORM2 Anywhere and Power All the Things

Easy to carry without feeling lightweight or flimsy, the Shargeek STORM2 has a striking post-industrial cyberpunk look with a mesmerizing (if tiny) science fiction display. When you’re not charging your gear, you’ll find it hard not to cycle through the options in EMOS.

Honestly, charging things shouldn’t be this much fun.

There is a slight downside to the STORM2, however: the lack of a PSU and any additional cables. Shargeek sells power adapters, but its cheapest is more expensive than an iPhone adapter. Just one more cable – perhaps a DC to DC – would have been useful in the absence of a PSU for charging.

That aside, the STORM2 is the best way to charge your gear, whether at home or on the go. 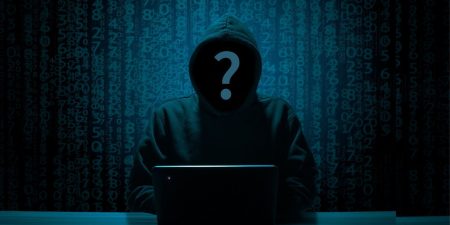 How Do Hackers Make Money, Legally and Illegally? 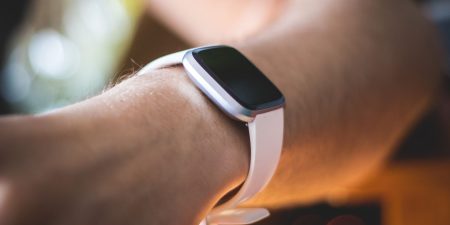 How Passive AFib Detection on Fitbit Changes the Smartwatch Field 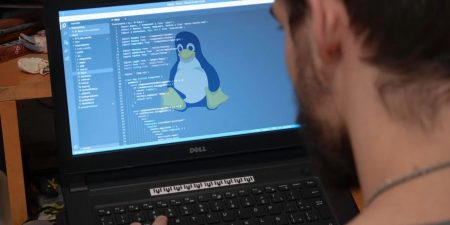 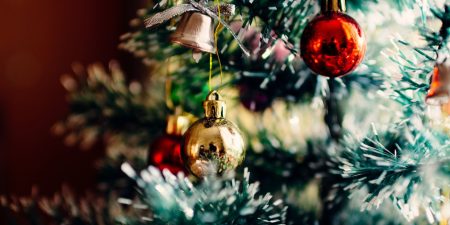 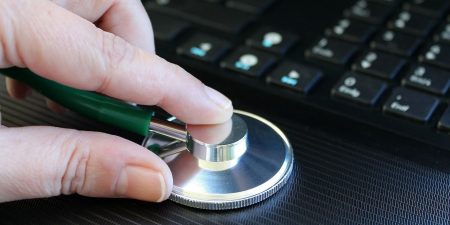 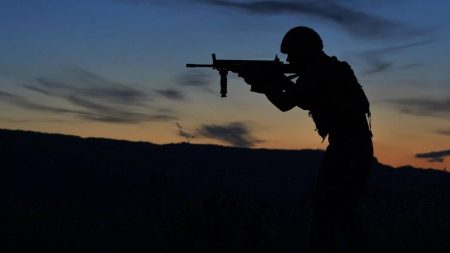 In the statement made by the Ministry of National Defense, “We continue to neutralize the…