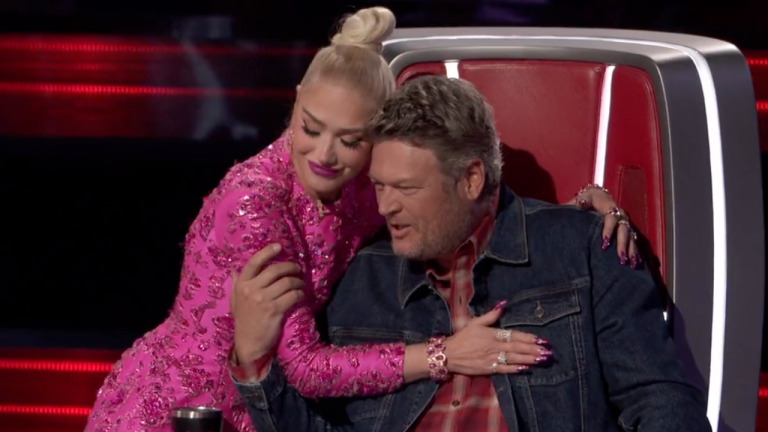 The Voice coaches panel got a bit of a shake-up this season, and Gwen Stefani has some questions. Namely, about why she can’t sit next to her husband, Blake Shelton!

“How come they never put me and Blake next to each other?” Gwen wondered between performances during Monday’s Blind Auditions. For season 22, John Legend was moved to Kelly Clarkson’s former seat on the end of the panel, while new coach Camila Cabello found herself in the “married couple sandwich” between Blake and Gwen.

“Too much trouble,” Camila said with a laugh. “No making out on The Voice!”

John, who has coached alongside the couple for a few seasons now, agreed. “You guys can’t resist each other,” he teased. “Keep your hands to yourself!”

Later, during another break, Camila quizzed the pair — who officially tied the knot in July 2021 — on the secret to their success.

“I can’t believe you guys have been together for seven years,” she marveled. “What’s the key?”

“I don’t know if there’s a secret,” Blake admitted.

“There isn’t,” Gwen agreed. “We just are best friends.”

Again, John had to agree. “My observation of them is that they genuinely, really like each other,” he shared.

However, that fondness doesn’t mean anyone’s getting a pass when it comes to facing off in season 22. “Married or not, we’re in a competition and I am back to win it again,” Gwen later told the cameras.

When ET spoke with The Voice coaches ahead of season 22, Gwen admitted that, despite the competition, she was having a great time being back on set with her hubby. “It’s just pretty fun,” she admitted, referencing one of the pair’s duets as she added, “Like, ‘Happy Anywhere,’ you know what I’m saying?”

But while Blake claimed that he’s “more competitive” and strategic with Gwen back, John joked that having his wife on set is the country star’s “kryptonite.”

“She takes the edge off him just a little bit,” he explained. “She is his weakness.”

As for Blake, he was playing it cool, and praising the “unbelievable” level of talent that singers always bring to The Voice.

“The reason there is four coaches on The Voice is because it takes three people to go against me,” he teased.

The Voice airs Mondays and Tuesdays at 8 p.m. PT/ET on NBC. See more from this season in the video below! 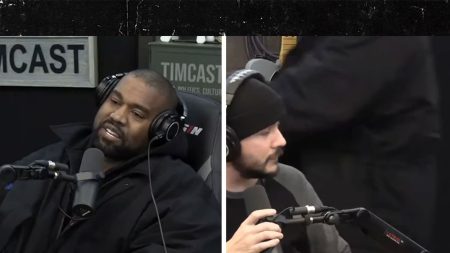 Kanye West Storms Out of Podcast Interview After Pushback on Antisemitism