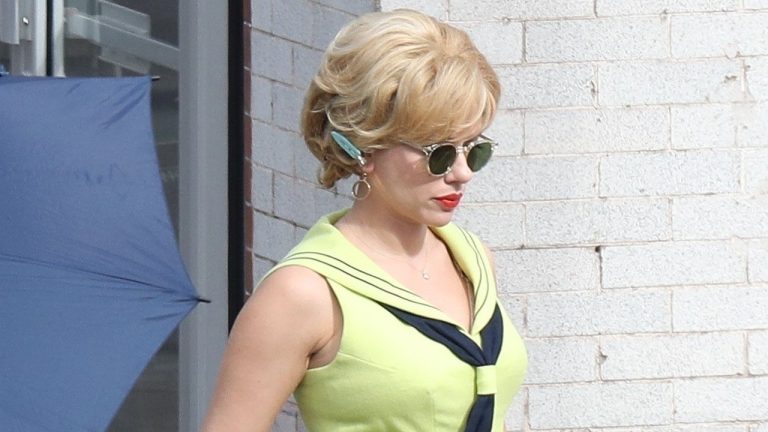 Scarlett Johansson is getting a retro look for her new role. On Tuesday, the 38-year-old actress was spotted in full costume on the Savannah, Georgia, set of her upcoming flick, Project Artemis.

Johansson stunned while filming the ’60s-set movie, wearing a yellow dress and sunglasses. In the scene that was shot on Tuesday, the actress drove a vintage Camaro to an appliance store, got out of the car and threw a trash can through the window.

While Johansson’s stunt double filmed the driving scenes, it appeared that the actress was the one to throw the trash can.

Not much is known about Project Artemis, Apple’s upcoming film that’s rumored to be about the space race, according to Deadline.

Johansson stars in the project alongside Channing Tatum, Jim Rash, Ray Romano, Anna Garcia and Donald Elise Watkins, the outlet reported. Greg Berlanti is directing the film, which was written by Rose Gilroy.

Kelsea Ballerini and Chase Stokes are hiding no more, that’s for sure … these days,…