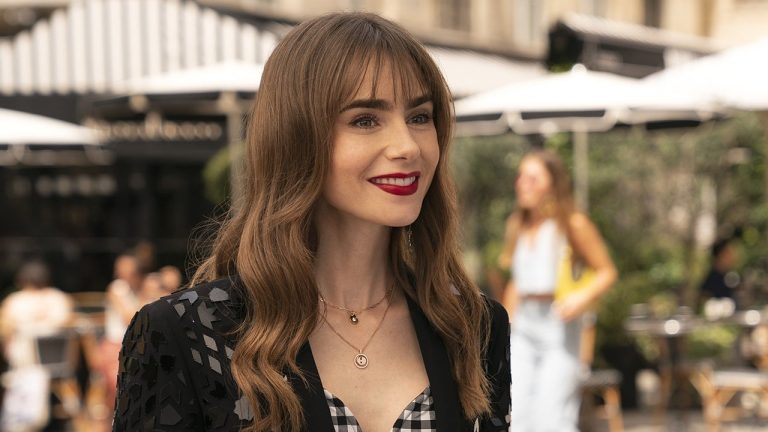 Bonjour, Emily in Paris! Lily Collins and the cast of the Netflix series teased the upcoming third season in style in Paris, and only ET was exclusively in the City of Lights to get the scoop on what Emily is up to in her work and romantic lives.

The new season, which drops Dec. 21, finds Emily at a crossroads in all aspects of her life as is forced to decide ultimately where her loyalties lie — both personally and professionally — and what those decisions mean for her future in France, all while continuing to immerse herself in the adventures and surprising twists and turns that life in Paris provides.

If the season 2 finale was enough of a jaw-dropper, Collins hints that the final episode of the new season is even more surprising. “I will say that the last episode leaves you on another cliffhanger,” the series’ leading lady teased to ET’s Deidre Behar at the Théâtre des Champs-Elysées in Paris on Tuesday.

Of course, Collins played coy when asked to divulge more about the season’s ending, but offered this intriguing nugget: “The last episode feels like five in one.”

Netflix gave an early season 4 pickup for Emily in Paris, which afforded the series the opportunity to leave viewers hanging without the uncertainty over whether they’ll be able to wrap up storylines in a satisfying way. Collins, who also serves as an executive producer, alluded to that as being a blessing for the writers and producers to leave fans wanting more.

“So many questions! And I don’t have answers, nor do I even know the questions because I don’t even know if Philiana Ng‍ Darren [Star] does,” Collins admitted. “I’m like, ‘What is my fate?!'”

Star noted that with a few seasons now under their belts, Emily in Paris will feel a lot more Parisian in nature as the show integrates the French culture and language more intentionally.

“It’s always about learning more about the characters growing more to our talents and incredibly talented cast, which inspires me,” he said. “And I just feel like the show gets deeper and richer and we just get more Parisian as time goes on.”

While Emily’s love life remains incredibly messy heading into season 3, as she juggles Alfie (Lucien Laviscount) and Gabriel (Lucas Bravo), this past September marked the one-year anniversary of Collins’ wedding to American filmmaker Charlie McDowell. She spoke glowingly about being a newlywed, sharing that she and McDowell are itching to work together professionally.

“Oh my gosh, all the adventures that we’ve been able to go on together,” Collins said with a smile of the memories they’ve had since saying “I do.” “He’s here tonight and we’ve actually just launched a production company together, which has been so major, just being able to create stories together, create life together with your best friend. It’s wonderful. I feel very lucky.”

Meanwhile, her co-star, Bravo, hinted that Gabriel is in a bit a predicament himself.

“Season 3 is for Gabriel, he is completely lost. He’s been kind of lost in season 1 and 2. He is kind of a man child trying to figure out what to do,” the French actor previewed. “He has ambition, but he doesn’t really put it out here yet. Before a big transition there is always that moment where you have to explode, so there is that moment and then it’s got to go into something magical. A new Gabriel.”

As for the other point of the Emily in Paris love triangle, Laviscount teased that Alfie’s journey “is chaotic” in season 3.

“Without giving too much away, I feel like Alfie and Emily go on a roller-coaster and it’s juicy,” the British actor hinted, adding that by the time the season reaches the finale, there will be at least “three” big cliffhangers heading into the fourth season. 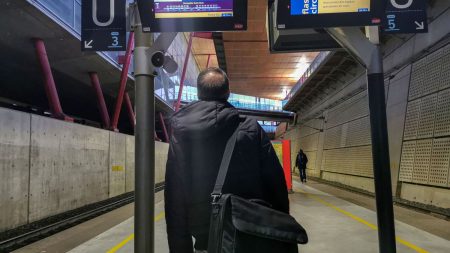 Strike of January 31 against the pension reform: traffic will be “very strongly disrupted” at…