TikTok increased its European turnover nearly six-fold in 2021 but its losses grew by a third as the fast-growing social media platform bolstered its offering to advertisers and hired thousands more staff across the world.

The Chinese-owned network reported a turnover of more than $990mn for the calendar year ending December 31 2021, compared with $172mn the previous year, according to filings from the UK’s Companies House.

Its pre-tax losses were $896mn, up more than a third, mainly due to increased spending on staff.

Growth has been driven by TikTok’s flourishing user base, which is estimated to be in the billions, increased advertising spending, as well as improved targeting of ads that are aimed at users of the short-video platform.

TikTok is owned by Beijing-based ByteDance, which raised $5bn in December 2020 at a $180bn valuation. The filing relates to TikTok operations for users in Europe, including the UK. These now have a monthly average of 4,396 employees, up more than 3,000 since 2020.

Revenue was largely generated from the EU, accounting for $532mn, and the UK, which was $279mn. The figures the year before were $114mn and $52mn respectively.

Advertising is an important revenue driver for TikTok, similar to social media rivals Meta and Twitter, and amounted to more than $802mn of its annual turnover, a fivefold increase from the year before. The company said it had grown its sales and accounts teams to provide “sufficient support to advertisers”.

TikTok has been experimenting with ecommerce since last year as a form of additional revenue, through shoppable links on-screen. But the “TikTok Shop” feature has been hit by internal and external difficulties in the UK after multiple Financial Times investigations revealed an exodus of staff. Brands and influencers also left the scheme as it failed to gain traction with consumers.

On Saturday, the FT revealed the company planned to expand TikTok Shop into North America for the holiday season, outsourcing its live shopping technology to an LA-based company, according to people familiar with the plans.

TikTok Shop is currently available in the UK, Thailand, Malaysia, Vietnam, Singapore, the Philippines and Indonesia.

“The size of TikTok’s user base and the users’ level of engagement are crucial to our business, which continue to be significantly determined by our ability to retain our existing users, keep them engaged and acquire new users in a cost-efficient manner and our ability to attract, cultivate and retain content creators to contribute content,” the company said in the filing.

One of the ways it rewards influencers who create content for the app is through virtual gifts, which the company also derives revenue from.

During live broadcasts, influencers can receive items such as digital roses, hearts and pandas — and convert them into Diamonds, a TikTok currency, which can then be exchanged for real money. TikTok takes a 50 per cent commission on the money spent on virtual gifts, according to creators on the platform. The company does not disclose the financial breakdown of video gifts. 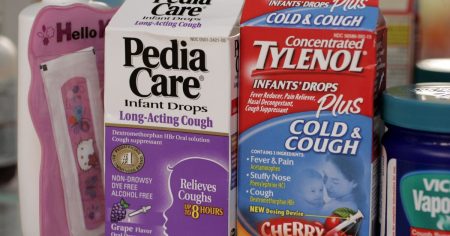 As flu season approached, Antonieta Garcia knew it was time to replenish her supply of…